Of all the bird species that inhabit or visit Norfolk Wildlife Trust’s reserve at Ranworth Broad, three are of particular consequence: great crested Grebe, swallow and common tern. None of these species are rare of endangered, all can be found in many other places, but in my opinion the trio combined serve to make the site what it is. Why is this so? The answer I think lies in the fact that all are showy birds, all are seen at their most colourful and loudest during summer when the reserve itself is at its best and thronged with holidaymakers. Additionally the day to day antics of the swallows and terns can be viewed on screens positioned in the Visitor Centre allowing intimate access into their lives, thus ensuring they find a place in people’s hearts. There is no camera trained on the grebes but their courtship rituals and resulting humbug decorated chicks can be viewed at close quarters every year and provide great entertainment for those who watch them. Sadly this year has thrown challenges at these icons and their fortunes have wavered accordingly. 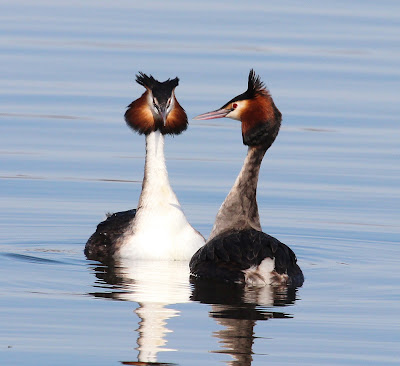 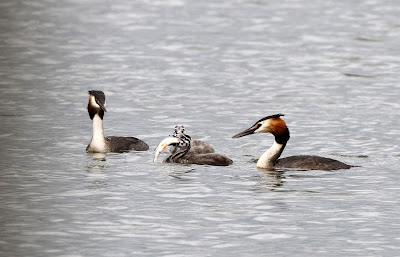 The grebes seem to have had a difficult year to date in terms of breeding attempts. There are, I judge, around ten pairs around the broad allowing in a good year up to three nests, flimsy floating piles of flotsam, to be positioned on the small promontory opposite the Visitor Centre. This season a single pair has attempted, twice, to construct a nest but has been thwarted by a combination of very high water levels flooding their potential home together with the unwelcome attention of black-headed gulls. These pirates have an annoying habit of stealing sticks and reed stems for their own nests, and simply won’t let the grebes settle. To date no grebe nests bedeck this area. On the other side of the broad a pair was on eggs during April and early May, but has failed to hatch young. They are currently going for a second attempt. Collectively the persistence of the local population will produce results, but maybe in smaller numbers than usual.


Swallows are in short supply. They arrived very late and at present only a single pair seems to be actively engaged in a breeding attempt. This is a shame, not just for the birds fortunes, but because it is not possible to train a camera on this nest. Children adore watching the adults feed the chicks live and close up; sadly it doesn’t look like any such show will be possible. Seeing the adults and their offspring flying around the building in late summer, twittering to themselves is something that epitomises Ranworth for me. The visible product of a successful summer of industry; whether any such gatherings will take place during 2018 remains to be seen. 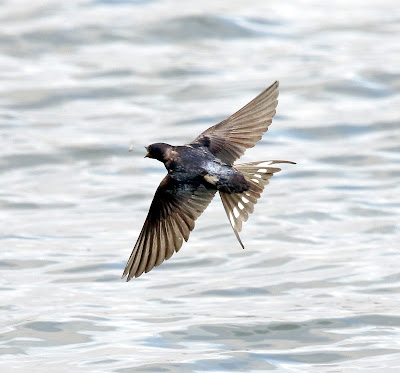 The terns only arrived in numbers during late April and early May. By this time the gulls (again) had settled on the nesting rafts making it difficult for the daintier, less robust terns to move in. However once numbers reach a certain critical mass they do set up their nests and there are currently some 50 or so pairs in residence. Watching these graceful fishermen floating on sharply pointed wings through the warn air of a June day is uplifting. Things will hot up once hungry chicks are waiting to be fed when the parents will create an aerial skyway directly to Malthouse Broad where they will find plenty of small fry. There will be a constant procession of screeching terns to and fro until the mottled young fledge in late summer. 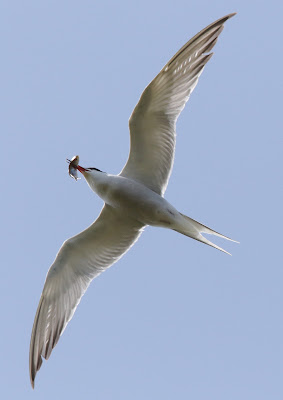 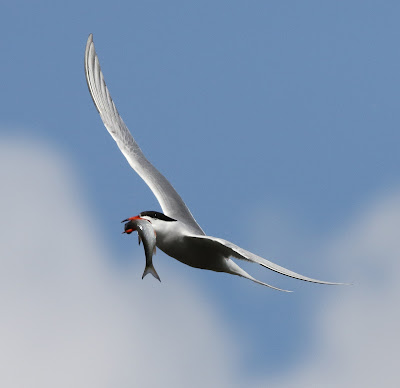 Today just before the end of my shift the collective force of terns and gulls launched as one into the air. At first no predator was obvious but then the head of an otter appeared from behind one of the platforms. The otters cannot access the platforms; the overhanging design prevents this, so this frustrated aquatic predator swam away with a succession of angry birds aiming their sharp beaks at its crown. It came close to my position on the boardwalk from where I watched it fishing in relative tranquility for 10 minutes before it swam away along the cut to chance its arm elsewhere, scattering anxious mallard mothers as it progressed. 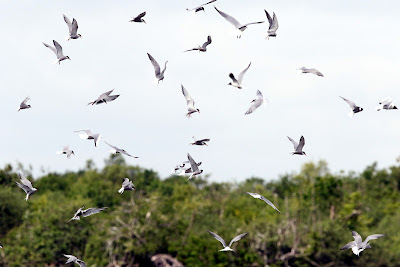 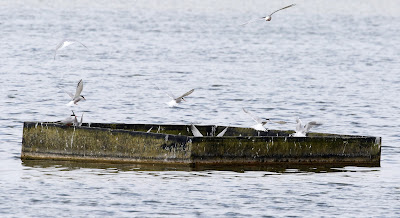 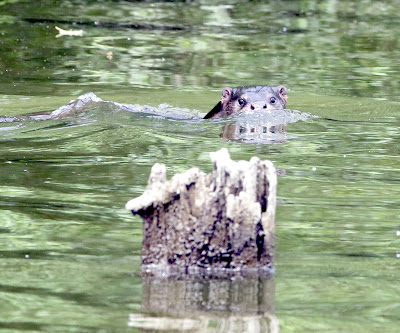 There’s always something interesting to see here, and the three bird species provide constant entertainment and enlightenment. Long may it remain so.