You know something is amiss when the ranks of common terns and black headed gulls take to the air en masse, screeching and screaming for all their worth. Last week the culprit was an otter, today at first nothing awry could be seen until a bigger grey and white form revealed itself atop one of the nesting rafts. A herring gull had spotted a food source and had dived in to plunder. Within 10 seconds, three gulps, it had picked up and swallowed whole two gull chicks and a tern egg. Temporarily sated it decided the mobbing was becoming too much bother and sailed off low across the broad. It will be back.


A short while later we noticed the nest of the grebes, those now on their third breeding attempt, was beginning to get waterlogged. On the rising tide it was effectively sinking into the water. The adult birds got busy bringing in beaks full of drifting reed, sticks and sludge in an attempt to raise the nest above the inundation. It didn’t seem to work; if anything the increased weight hastened the emersion. But these birds act on instinct and are simply not equipped with sufficient intelligence to realise the extra material needed to be shoved under the eggs to set them free from the chill water. I doubt they will survive, but time will tell. 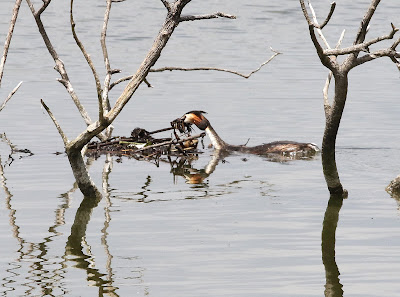 So far then a rather negative start to the day. I hoped the walk I was leading would result in better fortune. It did. We had hardly begun when a bright flash of yellow flitted strongly over the boardwalk; a swallowtail butterfly. What a great start, tying in neatly with pointing out the milk parsley plants and looking out for any eggs that may have been deposited thereon. Reed Warblers chuntered their rhythmic song from deep cover, a Cetti’s warbler added it’s explosive voice. Blackcaps sweetly warbled from the sallow, whilst a willow warbler softly offered his humble crescendo. Plants we saw aplenty with several just coming into flower, purple and yellow loostrife, marsh thistle, common valerian; a new wave of colour now that the yellow flag is dying away. We found a hitherto unnoticed spike of twayblade and counted at least a dozen southern marsh orchids hidden behind a thick screen of rampant reed growth. In the wood we admired the royal fern that is now crowned with rust brown spikes of spore laden tendrils. I told the group that this was the only such plant on the reserve only to be proved delightfully wrong a couple of minutes later when another was pointed out not 10 metres away. I’ve been walking long this boardwalk regularly for over a decade and have never noticed the second plant. So much for my powers of observation. 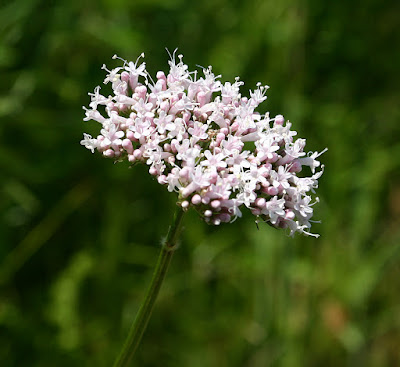 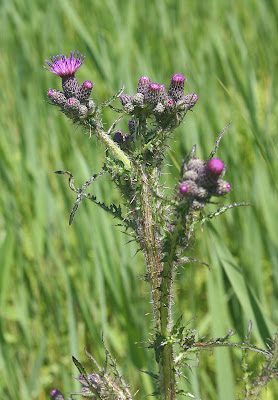 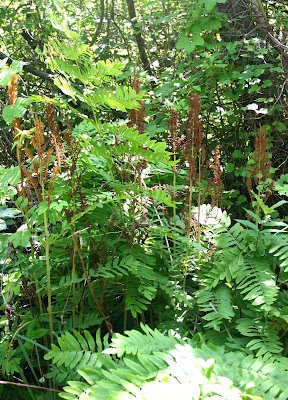 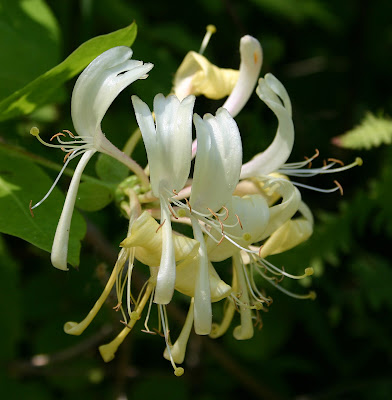 No problems though with the gorgeous metallic green and blue of banded demoiselles that landed right in front of us or with a tree creeper surreptitiously threading its way along an ivy covered bough. What with black-tailed skimmers tazzing away from us with every few steps, flowers of sweet honeysuckle twisting through the lush fenland growth, fledgling blue tits and dunnock reminding us of a successful breeding season, I think we can say the morning that began with witnessing daylight robbery ended up with us stealing a few precious memories of our own. 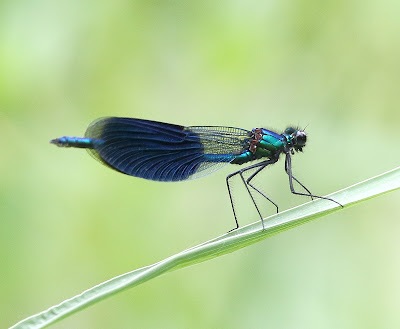