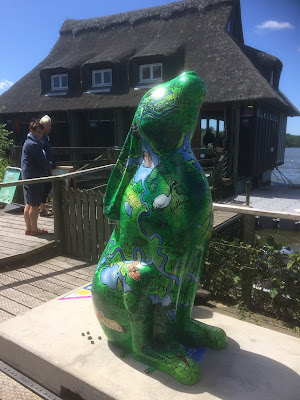 A hare appeared at NWT Ranworth Broad today, not the brown furred, long legged, wide eyed mammal of open farmland and meadow, but a 2 metre tall fibre glass Moongazer bedecked in all things Broadland. This amazingly well painted specimen is part of the Norwich GoGo Hares trail that begins on 24th June and runs throughout the summer until early September. There will be 50 sculptured hares positioned within the city boundary and a further 18 dotted around the county encouraging people to get out and explore. Our hare, named Sydney Long Ears after the founder of the Trust, Dr Sydney Long, depicts the landscape and wildlife to be encountered within the Bure Valley Living Landscapes area. A most imaginative and engaging specimen which is sure to make people smile.

The hare arrived by water atop a pontoon constructed by reserve staff especially for the task. Sailing to the berthing spot was no problem, disembarking the hare was simple, but what about moving one and a quarter tonnes of concrete plinth from a floating plastic pontoon onto the picnic area? Ummm, not quite so easy. However, with a mixture of ingenuity, determination, experience and sheer brute force, the weighty item was eventually manoeuvred into position where it will provide a focal point for visitors for the next 10 weeks or so.


Away from the logistical problems associated with placement of a model lagomorph, the wildlife of the reserve went about its business blissfully unaware of the human toil. The terns screeched and bickered, the grebes loitered around listlessly now that their nest has sunk whilst black tailed skimmers formed mating cartwheels amongst the widely swaying reeds. Grey-lag geese, now undergoing their post-breeding moult, formed a lengthy flotilla as they sailed snootily by from Malthouse to Ranworth Broads. 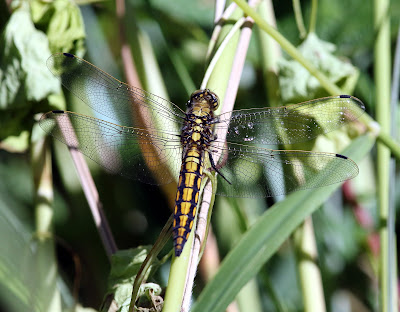 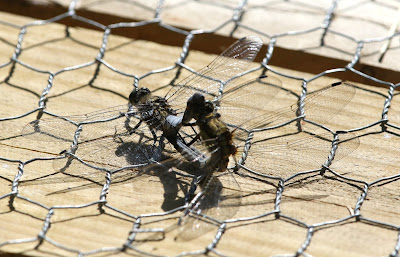 The best bit of wildlife news for me though was a lovely pair of spotted flycatchers busy feeding a nest full of young amongst the oaks. These scarce and hard to find summer visitors have been very adept at avoiding discovery to date, but now with busy mouths to feed have become more visible and surprisingly tolerant. I sat quietly on a low post and watched one bird from a distance of only 5 metres catching insects for its young. It caught craneflies, damselflies, hoverflies and all kinds of other small flying creatures, unerringly snapping them up in midair during sorties launched from a fencepost, stand of cow parsley or an overhanging branch. Such smart, alert birds and a pleasure to see once again. 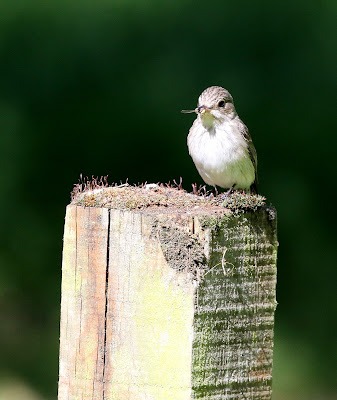 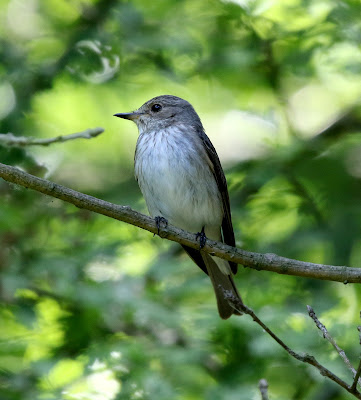 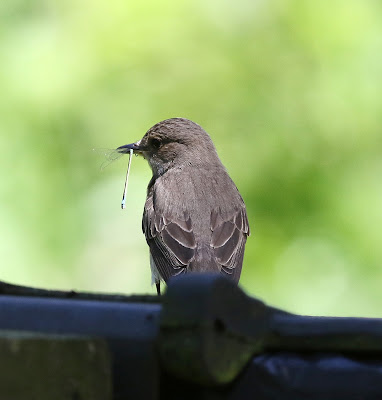 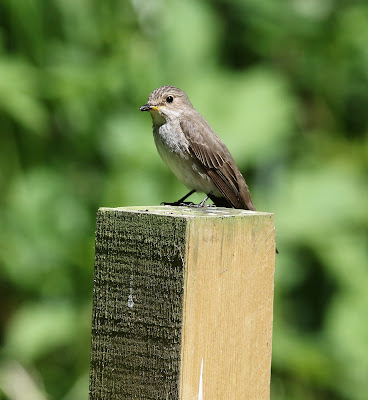