Barn owls are among my favourite birds. I love the way they look, the way they fly and the fact you can go out searching for them in certain places at dusk and after dark with a reasonable degree of expectation. If you know where to look. Despite the harsh winter snows and the weird, cold, damp spring they seem to be doing well here in Norfolk. Perhaps the vole cycle here is at a peak which will assist them with their breeding attempts. In the Claylands area south of Norwich you will find rolling countryside rich in wild flowers, damp meadow in the river valleys, ancient commons and their associated gnarled old trees. Perfect habitat for these birds of prey that are very popular with landowners and the local inhabitants. A pair has a nest in a barn at the end of a farm track not far from a friend’s house. By parking off-road in the gateway area it is possible to watch the birds hunting over the surrounding fields, sometimes within a few metres of the pretty rustic cottages aligning these quiet country lanes. There are at least four pairs we know of locally, but this one is the most accessible and if you keep still and use fence posts or your car as cover they will ignore you and come close.


A few weeks ago in the early evening I huddled alone behind the gatepost and within a few minutes saw one of the parents hop out of the barn and onto the adjoining wall. It preened for a little while and then took wing, flying directly towards me. I was at least 200 metres from the nest site so as to avoid any possibility of spooking the breeding birds, but watched this beautiful creature bounce its way along the farm track getting closer all the time. It was only when it reached the gate that it saw me, jinked to one side and flew slowly past looking directly at me with those wide dark eyes. I’m not sure who was more surprised. 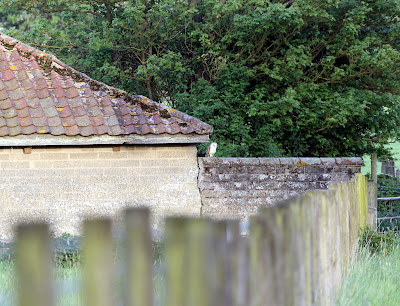 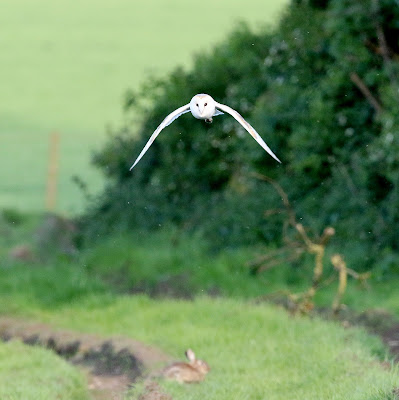 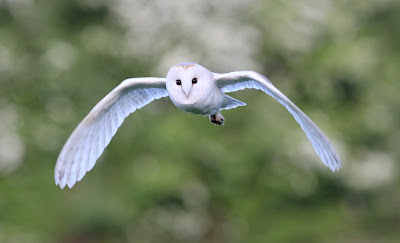 The bird didn’t seem too worried about this encounter and proceeded to hunt on the daisy strewn road island directly behind me. After a while my friend arrived and we watched the pair periodically hunting at distance around the local fields whilst being more closely entertained by swallows hurtling to their nests built below road level under a bridge spanning a ditch, a singing lesser whitethroat and a passing little egret.


After a spell my mate noticed one of the owls diving down into a field edge some 100 metres away to our right. We watched and after a while the bird took wing with something large dangling from its talons. ‘My god!’ I exclaimed ‘I think it’s caught a pheasant’. Now this would have been an extraordinary, nay unique, circumstance had it have been correct, but through raised binoculars it became clear that the red and brown object in tow was a kestrel, alive and very much kicking. Kleptoparasitism has become a common phenomenon between barn owls and kestrels but I never thought to witness such an event first hand. A frenzy of fevered photography ensued trying to capture the outcome of this mammoth tussle. Both birds had their talons firmly clasped on a vole, the kestrel tugging with all its might to steal the prize; the owl clinging on for dear life. Looking through the image afterwards it appears the owl was making life very difficult for the falcon by sometimes grasping a wing in one talon and giving it a twist. Whatever, the kestrel eventually gave up, leaving the owl to continue its journey unmolested back to the nest. Boy, that was good! 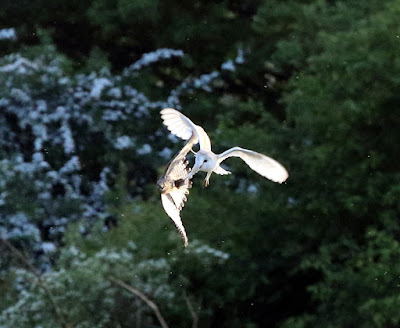 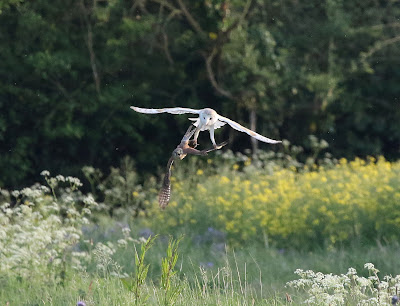 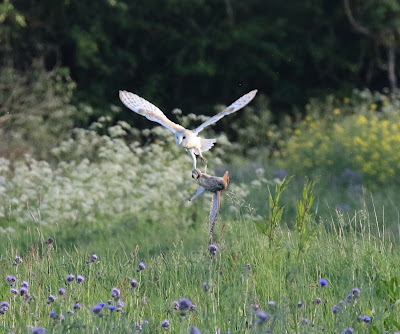 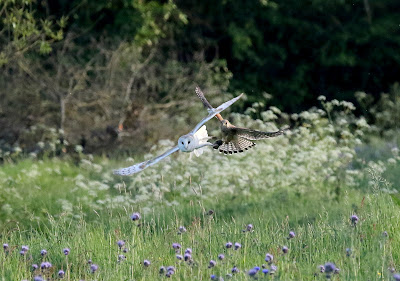 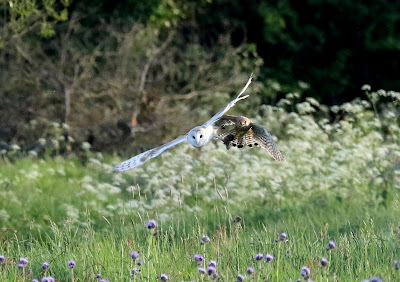 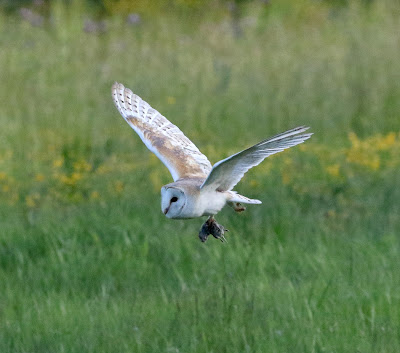 Tonight, the owls failed to show, it was probably too early for them. Instead attention was diverted to the margins of the fields all around where sympathetic and wildlife conscious farming has created a broad swathe of wild flowers. Bees were everywhere buzzing around the blooms of vetch, poppy and cornflower; so prolific were they here that their collective humming was clearly audible. And these selfsame bees will serve the farmer well by helping pollinate his own crops - that’s all it takes, just a tiny bit of positive thought and caring. Top man! 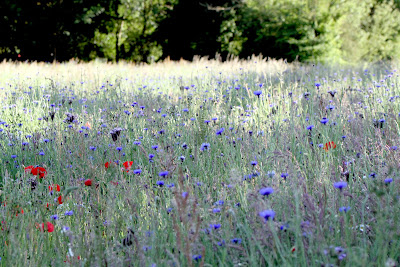 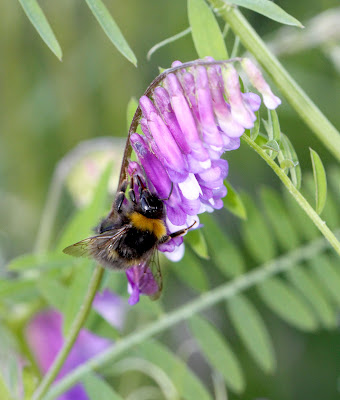 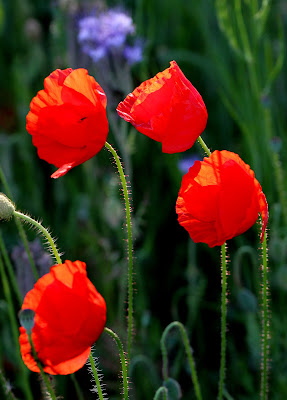