A Million Miles From Home

on May 22, 2017
I read once of a couple who, having decided to shun the trappings of modern city life, fled to a remote Scottish Isle, finding themselves by degrees falling into complete harmony with the seasonal ebb and flow. In winter they would retire shortly after darkness fell in late afternoon, sleeping long and waking late; in summer they would make do with a mere three hours rest and not feel any the worse for it. So it is here in the Pacific coast rain forest of Costa Rice. We have no modern devices to distract us, no TV, no wi-fi, no bars, restaurants or street lights. All we have is nature, and this we are surrounded by. In fact after three days we find our cycle is already being dictated by the environment. It becomes dark at around 5.30pm and after an early dinner we can sit out for a short while watching lighting flash thunderlessly over the ocean before slumber beckons at 9pm. Our wake up call around 5am is provided by the Howler Monkeys beginning their blood-curdling Baskerville Hound growling and by the squeaky-wheel cries of Black-billed Toucans. No man-made device can be nearly so effective.

Our bungalow here at El Remanso Lodge in the south west of the country is placed at the head of a forest cloaked valley, providing an uninterrupted view of the sea a kilometre distant. The raging surf pounding on the grey sand beach is an ever present background noise; at night surprisingly loud, thunderous even. The breeze from the sea wafts up the valley to provide most welcome cooling and is used by vultures, hawks, kites and the like as a means of soaring effortlessly in search of a meal. Flowers of all colours, shapes and sizes provide nectar for hummingbirds and butterflies whilst fruiting trees offer their bounty for many species of colourful bird. Trails through the dense forest provide access to another world of tall sentinel trees, twisted vines, tangled roots and buttress where millions of leaf cutter ants form flotillas of tiny green sails marching in purposeful ranks. Smaller ants excavate their nests under the soft red soil pellet by pellet, individual insects struggling with a weight that in equivalent terms would crush us. The spoil from the mining piles up like so many miniature volcanoes over the forest floor. Major industry on a macro scale.

Last night a storm raged out to sea, flashes of sheet lightning flooding the troubled sky, painting the night forest in stark monochrome relief. The caressing breeze became a more violent wind enticing the Pacific surf to pummel the thin stretch of beach in angry cascade. The monkeys don't like such events, howling in protest at the interruptions to their slumber. Yet somehow you accept the disruption, recognise it as a natural response to an elemental phenomenon, roll over and fall asleep.....if you're lucky.

From our elevated vantage point we can see, far below, Brown Pelicans and Great Frigatebirds gliding along the coast. This morning I watched a group of 15 pelicans glide across our eye line for a count of 53 seconds without a wingbeat between them. Quite masterful. During the course of the day the vultures begin to cruise the slopes, mainly Black and Turkey, but today a magnificent King Vulture joined them. Other raptors, Swallow-tailed Kites and a White Hawk have joined the list over the course of the past 24 hours. As I have been writing this post we have become surrounded by a foraging flock of mixed small birds, tanagers, honeycreepers, vireos and many I haven't yet been able to identify. Toucans surreptitiously glide into a nearby tree where they deftly pick small berries from a cluster, holding the prize in the end of their multi-coloured mandibles before, with a quick flick, sending it down their gullet. Scarlet McCaws Screech from hidden tangles whilst butterflies, some as large as a saucer glide across the dappled glade or sip the nectar proffered by almond blossom. As dusk falls, a Common Pauraque (a nightjar), sits on the lawn from where it will make forays into the dusk for moths and other flying insects, bats flit around after the same fodder whilst frogs, cicadas and crickets chirrup and squeak to each other from the undergrowth.

It is a wildlife paradise that can be measured scientifically as being so many thousand miles from home, but in emotional and spiritual terms it is light years from our everyday existence. 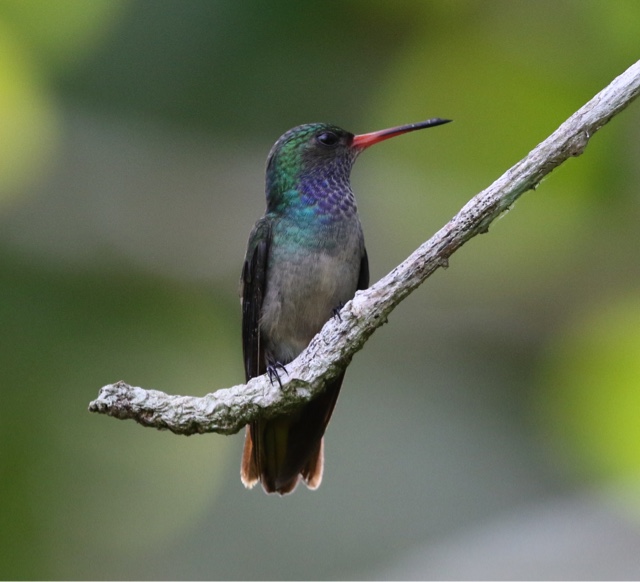 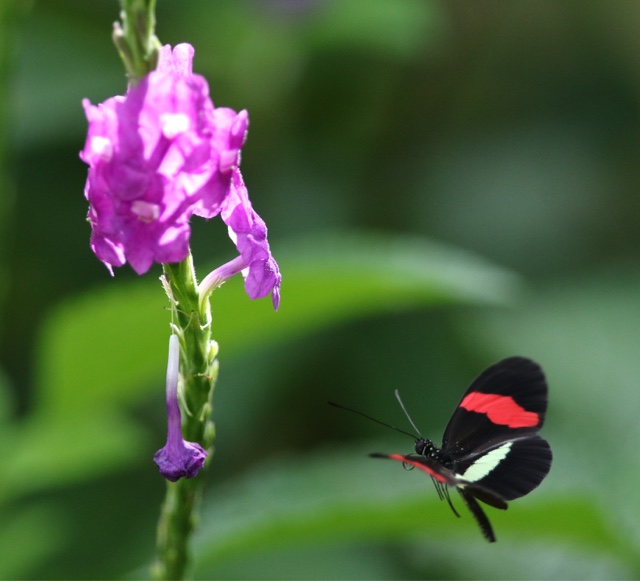 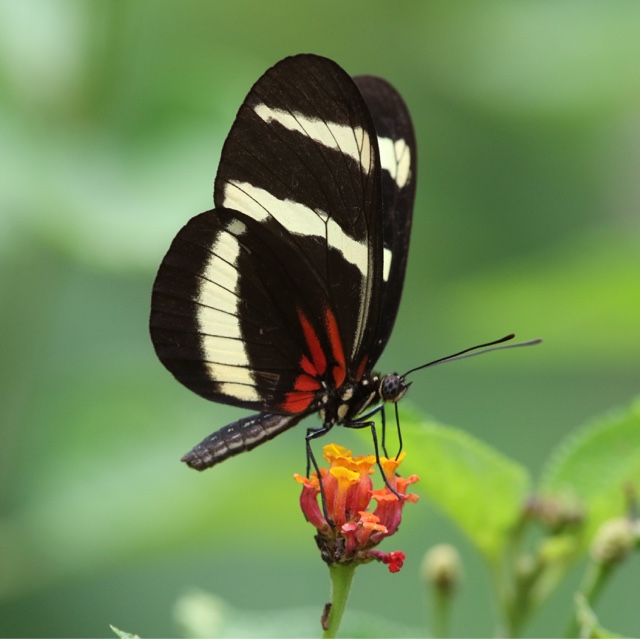 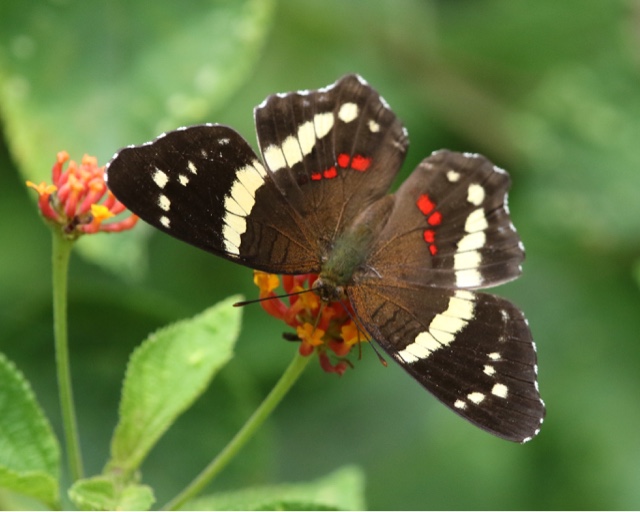 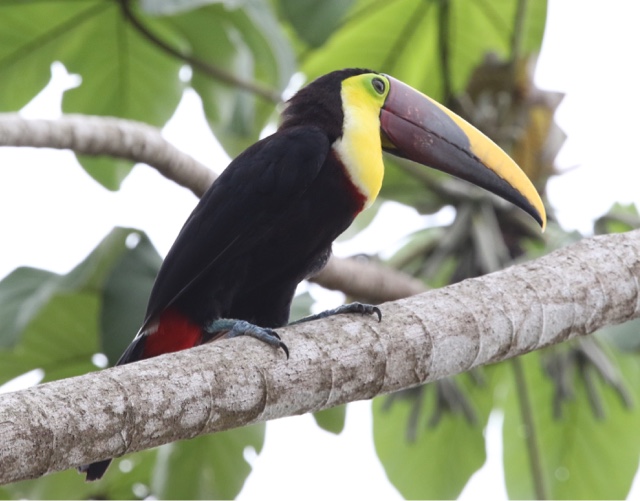 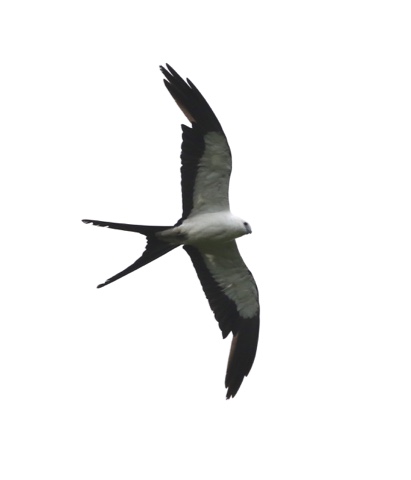 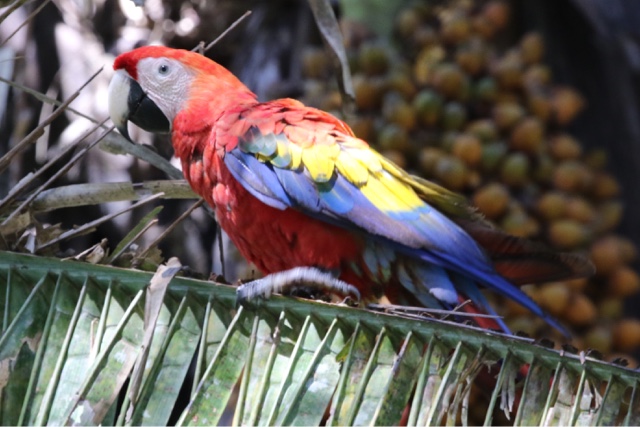