on May 17, 2017
'Quetzal!' I exclaimed. No response, again: 'Quetzal!'
Not a flicker from Marino my guide who was intently peering through his scope at some small bird tazzing around in the tree tops. I tried again.
'Quetzal!'
'It's Queetzaal' he said, reluctantly peeling his eye from the scope.
'No, there's a Quetzal. There in that tree!' I pointed to a clump of green foliage that simply lost relevance against the curtain of mixed greens facing us.
'Oh, I thought you were practicing the pronounciation' he said in heavily accented English. Irony? Who would know?

And so, standing on a trail somewhere in the Costa Rican cloud forest, overlooking a sunlit valley, did our quest for this famous bird reach its comical end. We had been looking in and around an avocado tree for an hour or so, Marino occasionally giving a two toned call mimicking a singing male bird, but so far had drawn a blank. Not that the area was bird less, far from it; several colourful species had entertained us as they hunted fruit and insects in the high canopy of this pristine primary forest. But no Quetzal, until some pigeon or suchlike tumbled into a dense tangle of leaf, frightening a shock of iridescence to bolt out and perch in the tree to which I was now guiding my guide.

Once found, this splendid bird, a truly Resplendent Quetzal, gave us wonderful views for the next twenty minutes as it occasionally tripped between tree tops, huge tail plumes waving in the warming air of a mountain morning. What a stunner:  peacock body feathers glowing metallic green and blue, deep crimson chest band, neat yellow bill and punk like head feathering. And of course those magnificent tail plumes that give the bird its name, it's fame and elevate it from just a trogon to something exotic and surreal. When it flew it gyrated through the air as a gymnast's ribbon with the tail plumes lagging behind the body to create a semblance of discord. When perched it became amazingly almost invisible. With the satisfaction of a vigil justified, we simply watched and photographed it, until with a twist and a turn it flipped behind a tree and became lost to view once again........ 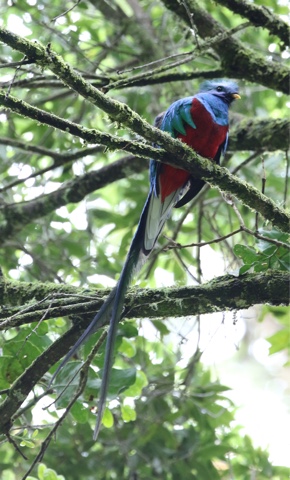 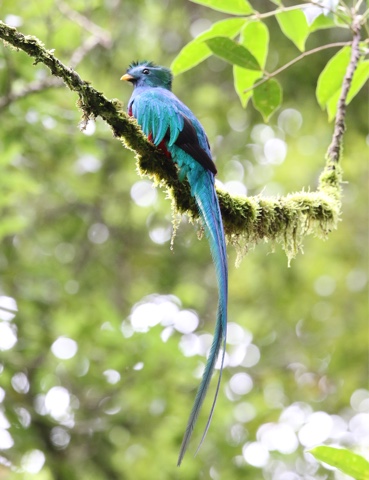 Our week in Costa Rica hadn't begun in such high fashion. The first couple of days were spent in Tortuguero National Park where the only way to reach the lodges lining the riverbanks of this area bordering the Caribbean coast is by water. Shallow draft boats zip up and down the waterways weaving between the trunks and roots of fallen trees taking people to work, to socialise and sightsee. There are no roads through the rain forest and few trails allow access to the deep, dark ranks of sentinel trees. To motor at speed along the wider rivers with a cool breeze blowing on your face is quite pleasurable, more so because being static on land is nothing short of hellish. The heat and humidity make everything an effort and even three showers a day do little to freshen you up. The rooms of our lodge had air conditioning on permanent deep chill mode so you are alternating between being in an oven and a fridge; not good for our fragile English constitution which sadly broke down, resulting in mild sunstroke with its associated sweats, nausea, headaches and such like.

The wildlife in and around the rain forest was interesting enough, but there were no pathways to roam; no walkways to lead you around corners where surprises may, well, surprise. In short no real excitement. So with flagging appetites and sagging shoulders we were boated once more to the docking area to endure a subsequent eight hour motor journey south; greeted for our efforts on arrival by a violent thunder storm. Nothing for it but to go to bed by 8pm, hoping to catch up on lost sleep, but instead laying awake and wide-eyed, listening to the rain hammering down on the tin roof of our bungalow all night. The thought of getting up for a birding walk at 5am lost its appeal with every clap of thunder. 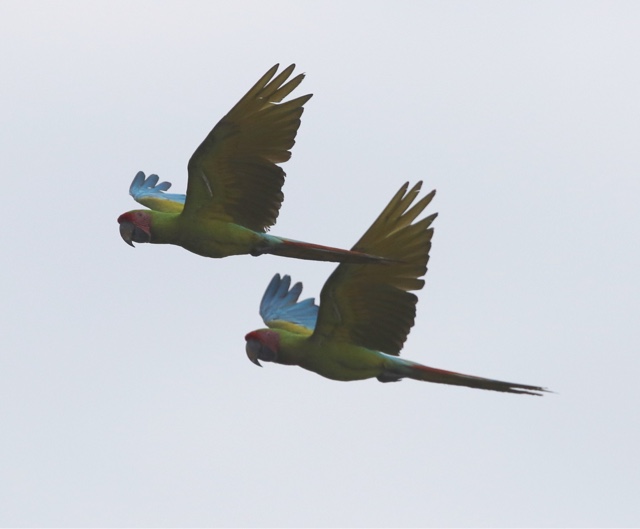 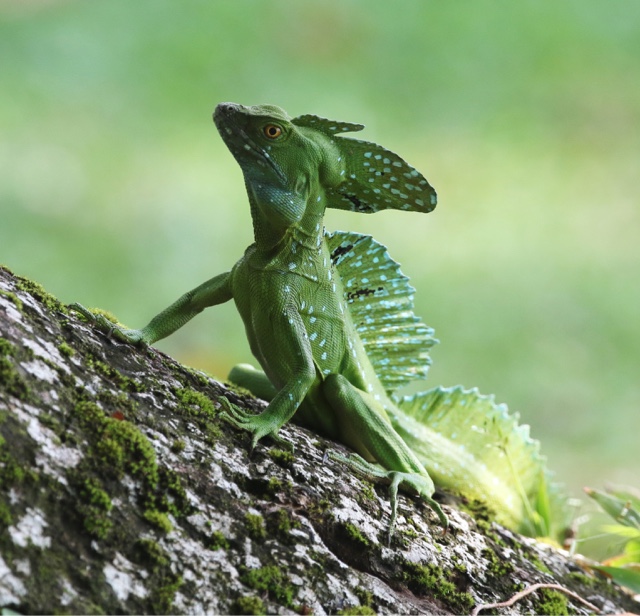 ......but the Quezal has made it all worthwhile. And the gorgeous zipping, cantankerous, shining, beady eyed hummingbirds, and the tanagers, coloured with hues of sunset, and the multi-coloured confiding toucanets, redstarts, flycatchers, woodcreepers, woodpeckers........... 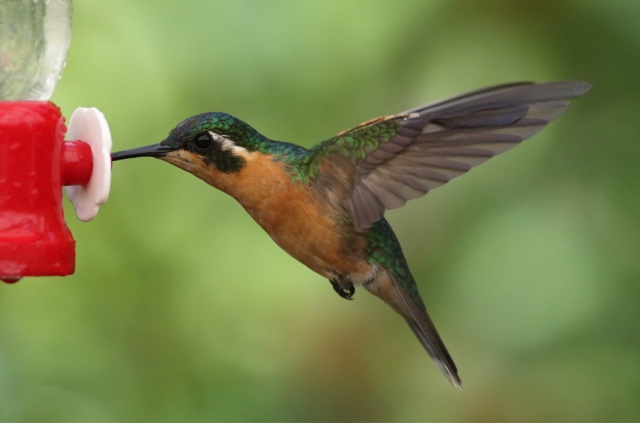 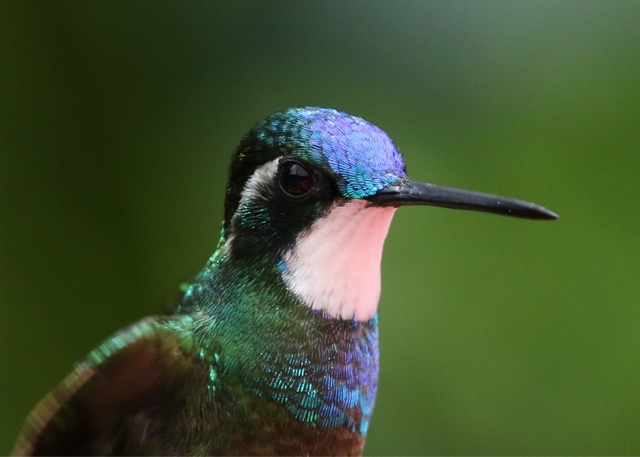 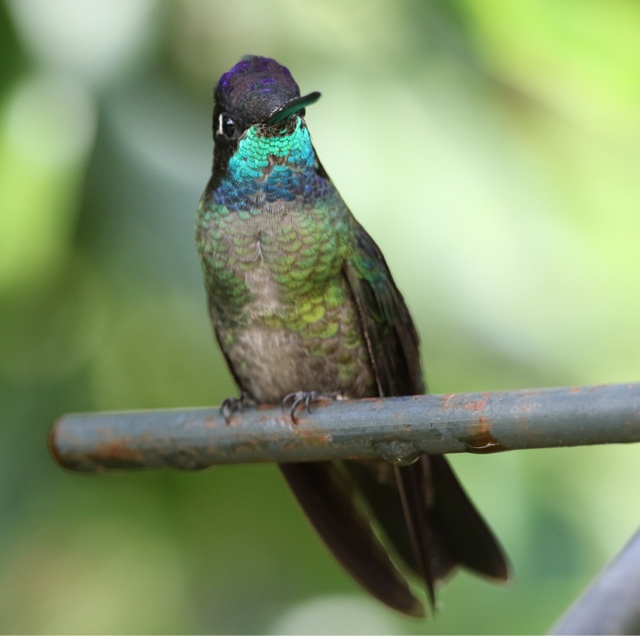 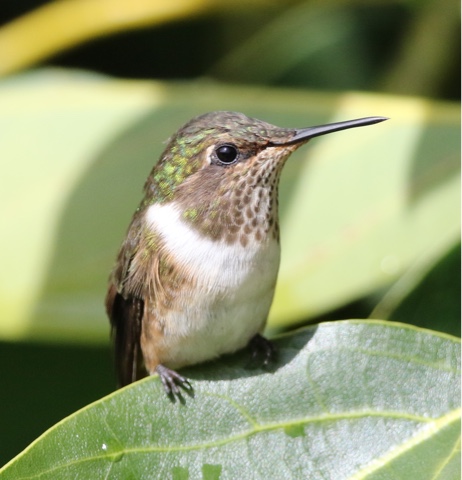 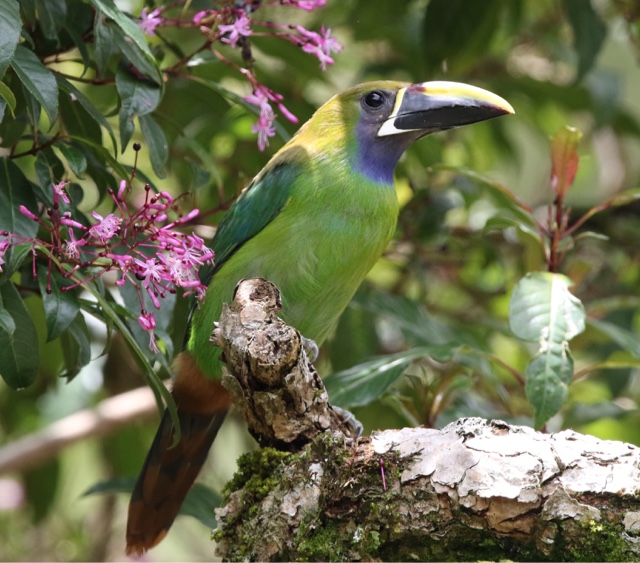 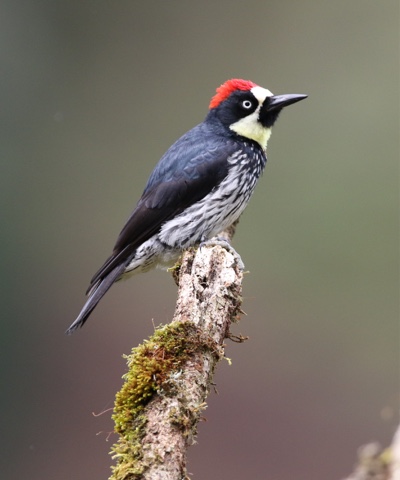