on November 13, 2016
It glared at us from baleful lemon yellow eyes, sat atop a tangle of fallen branches and roots. A ferruginous Pygmy owl, one of a pair our guide had picked up calling from the track along which we had been strolling. The ability of this knowledgable lady to filter out from the cacophony of frog croaks and birdsong an isolated call of a target bird is uncanny, but luckily for us unfailing. We watched this diminutive owl for a couple of minutes until it decided it had provided enough entertainment and flew across the road and disappeared into some bushes. 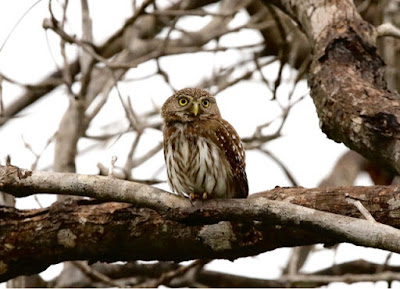 It was so good to be able at last to venture out from the lodge because finally, thankfully, the rain had eased in mid afternoon allowing us to walk along the puddle strewn road. Butterflies, dragonflies and insects of all kinds, especially mosquitoes, revelled in the cocktail of 95% humidity and a never ending supply of still water in which to set about their breeding cycle. The hungry female mosquitoes certainly found a good food source in this particular lily-skinned Brit. Sweet blood for all.

Our guide, making up for lost time, was most keen to show us as many of the special species of the area as was humanly possible in the couple of hours available. First up a helmeted manikin that frantically responded to a recording of one of its kind, hopping around tantalisingly from branch to branch in the forest of dense scrub. What a stunning bird, jet black body capped by a shock of scarlet on the crown and nape. Quite lovely. 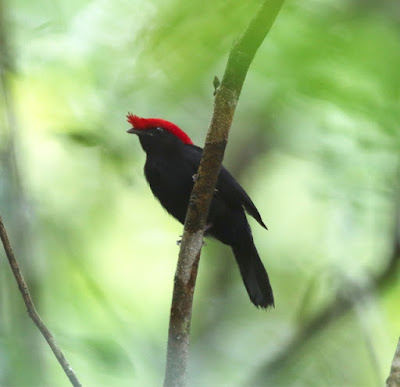 The great potoo we saw from the safari wagon yesterday had chosen to roost in the same spot and didn't flinch as we gathered round it's chosen tree to crane our necks for a second look. What a strange looking bird, although its camouflage is truly extraordinary. Seen from any angle it simply looked like an extension of the dead bough on which it perched motionless throughout the sodden wet of the day. 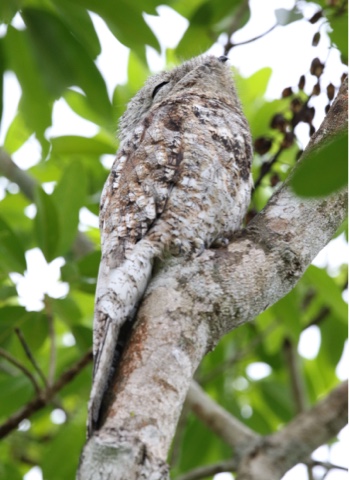 And this brought us via various woodpeckers, lapwings, cowbirds and flycatchers to the aforementioned pygmy owl, after whose acquaintance we traversed a rough meadow to enter a grove of tall palm trees. More pesky mosquitoes. But these things must be brushed aside for we had come here for another owl, a much larger great horned owl, which before long was being admired through binoculars and providing frame filling images for us to post on Facebook or maybe into a blog. What a contrast to the little chap we had seen earlier. This bird was big and impressive with large brown eyes set in a facial disk ringed with black feathering. Ear tufts raised, the bird looked impassively down at us, quite unperturbed by our presence. It twisted its large head to and fro a couple of times, yawned in a leisurely way before launching itself on silent, rounded wings to twist and turn between the trees to another unmolested roosting spot. 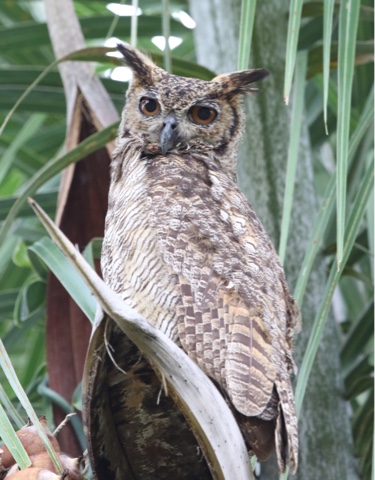 All that excitement took place yesterday, the late afternoon of Saturday 12th. Today with fears of another soaking clouding our minds we once again took to the water in search of acquatic wildlife. It did rain, light misty showers refreshed our sweaty faces from time to time, but happily the experiences of two days ago were not repeated. Instead we were treated to the impressive sight of a family party of giant otters that we tracked as they swam powerfully across the lake. These creatures were inquisitive to a degree, thrusting their heads out of the murky, mud churned water to have a good look at us, but had some small cubs in tow so were unwilling to expose them to potential danger. Once they reached the far bank they were gone in an instant. 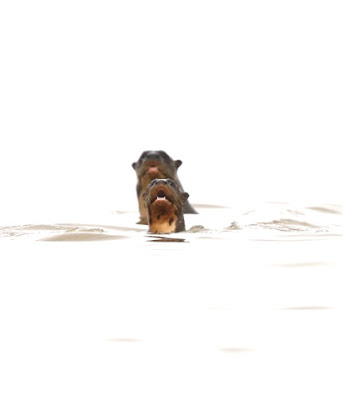 We reached a shallow lagoon where predators had gathered to feast on the huge numbers of fish using the river system to spawn. Around this small area we espied lots of caiman, large yellow-billed terns, anhingas, black collared Hawks, herons and kingfishers all waiting to cash in on the hordes. Who'd be a fish? We witnessed a strange phenomenon as we motored along with fish jumping out of the water all around us. Two actually landed in the boat much to the surprise and delight of all. No teeth to worry about on these river inhabitants so they were picked up and returned to their homes. 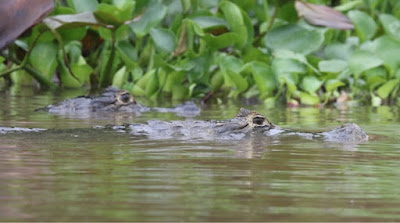 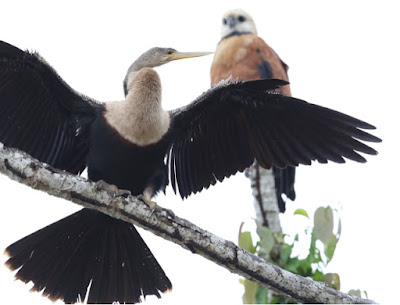 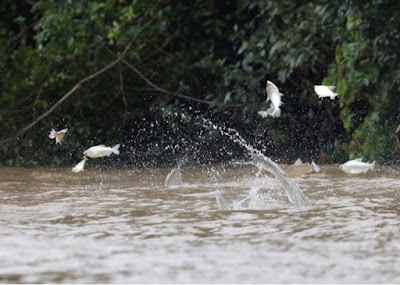 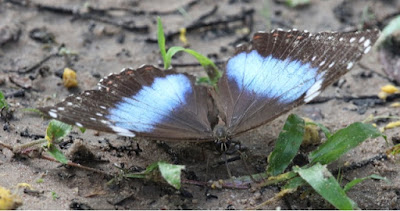 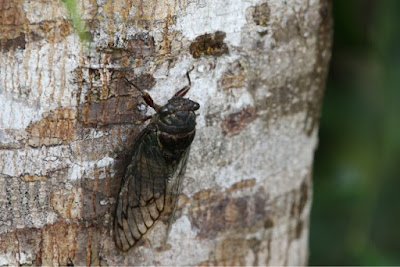 Then it was time to chill, write up this blog, listen to the birds, frogs and cicadas and watch the butterflies float around the grounds. There may have been a beer or two involved as well.