on December 03, 2016
Wherever you go on these islands you are reminded of the events of 1982. The Argentinian invasion and the ensuing war still has a profound affect on the inhabitants, the landscape and the general feel of the place. Falkland Islanders are a hardy folk, living in harsh and extreme conditions where neighbours look out for one another, accents a cross between West Country and Irish. The economy is doing well, people seem content, loving the remoteness and the sense of space and emptiness. They don't want the essence of the place to change and they certainly do not want to be anything but British. The chances of another invasion are pretty slim; there are 1,000 service personal stationed here, Typhoon jets, battleships and of course 21st century communications. Back in the '80s there was no internet, no Sky news, no smart phones. Information was hard to come by and therefore controllable by the government. Things have changed.

There are monuments all over the islands, mainly British but some Argentinian, to various ships that were sunk and battles that were fought. The lives of all those lost are commemorated in a simple but poignant way. The physical evidence of some of the more dramatic episodes can still be found scattered over the wild, windswept moorland landscape. We were shown some of these today on a trip to the far end of Pebble Island; wreckage of Argentine Dagger aircraft. Three were shot down by Sea Harriers in one single engagement. 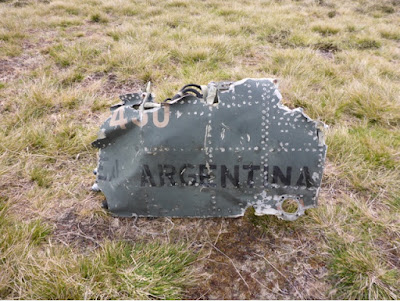 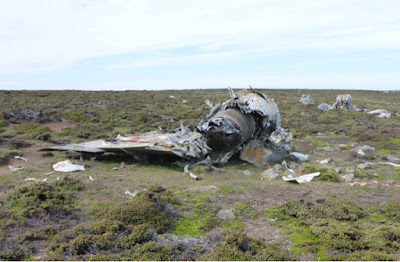 It will be a long time before these reminders of violence erode, yet nature is slowly erasing the evidence. The relentless wind and the rain and the snow will each play their part. For now though meadowlarks use the niches in the wreckage as nesting sites. It is, after all, an ill wind. 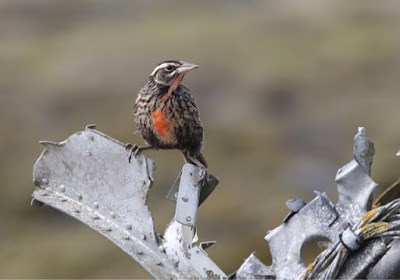 The main focus today was a visit to a rockhopper penguin colony amongst which we hoped to see a scattering of macaroni penguins. The trip to the site was long, bumpy and harsh on the body. A total of seven hours strapped into a 4x4 grinding over rough, untamed moor and rock screes. We saw no habitation, no signs of human activity accept a few ramshackle fences to corral sheep: not a soul. We traversed the whole island and encountered nobody; there was simply nobody to encounter. The stops we did make, mainly at stretches of sandy beaches or rocky coves were quite stunning. Take away the incessant wind and the scene could have been from a brochure for holidays in Barbados or the Seychelles. Quite surprising and all the more beautiful for it. 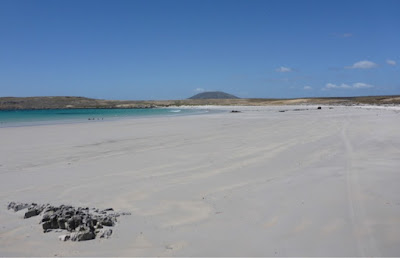 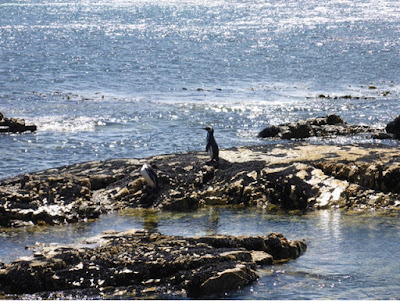 Picture the scene then in the middle of a Southern Hemisphere afternoon. Four folk from 8,000 miles away with a local guide, a few hundred penguins, cormorants, skuas and lots of open space. Nothing else except the sparkling sea. We sit and watch, we wander carefully around, we pose for pics, we sit some more each to his and her own thoughts. And then drama. A caracara hovers over the colony looking for an opportunity to steal an egg or chick. The resident skua doesn't like this intrusion and with purposeful beats of its powerful wings zooms like a missile low over the ground towards the intruder. They tangle, they spar and the caracara moves away. At least for a little while. It will be back soon enough. Inbetween times the skua sees an unguarded egg, pounces and flies away with the prize. It's mate joins it and they both feast on the nutritious meal that will fuel their own breeding. That egg has been jealously guarded for three weeks and is now gone. A cycle of chemical and nutritional exchange that has been taking place over millennia. 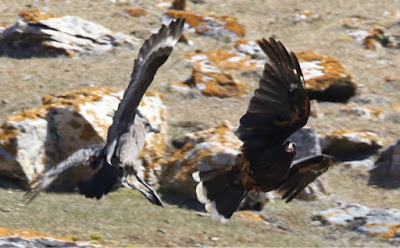 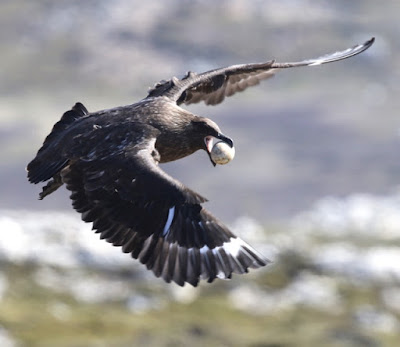 There is death here, but also exuberant life. The penguins are but feet away as they move to and fro, and yes we do see some macarronis amongst the throng, our 5th penguin species of the trip. Bigger, bolder with golden plumes dancing in the breeze. 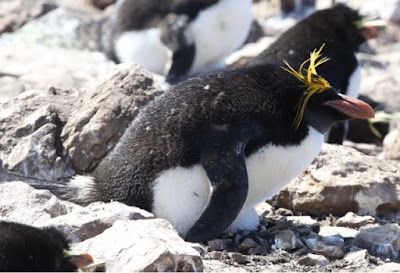 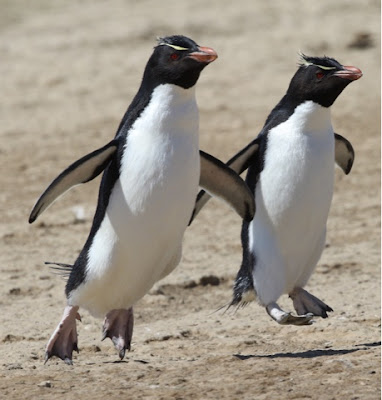 I move away from the colony and sit on a rock sheltered from the prevailing wind. Here I have a commanding view should any bird stray close enough and stall into the ever moving air. It's not an unsuccessful strategy for several species use the headwind as a convenient way to slowly scrutinise the ground below. No energy expended: maximum return. First up, a turkey vulture, then a superb black-browed albatross and then the caracara with a prize. An egg with a chick near hatching. Heart wrenching and exhilerating at the same moment. Can you understand that?  Emotions twisted and turned. On the one hand so sad that a penguin so close to being born has met its end before seeing the sun, on the other excited that such a raw event is being played out a few metres from where I sit. It is hard to reconcile these feelings, I feel privileged and basal. I have witnessed an episode of a real life soap opera and there was nobody else to see it. I gaze out over the sun spangled sea and bless the moment I determined the natural world should be my bible. 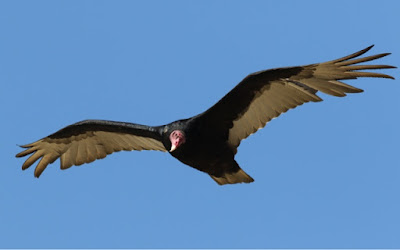 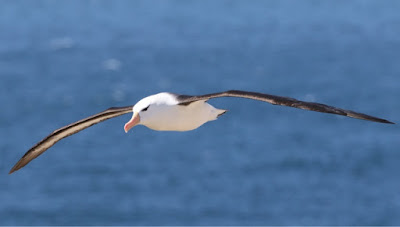 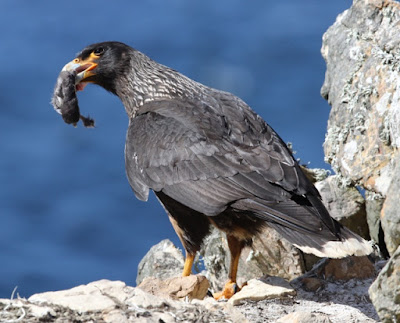