on December 04, 2016
Everywhere we have been on these islands folk have told us how lucky we have been with the weather. You can tell this is part of the British Isles because the weather is always the main topic of conversation. And we have been lucky, we know that. Until today. Today the never ceasing wind reached a new strength, gale force, and the sun deserted us. This is what a typical Falklands summer day is like; challenging.

We were picked up from Stanley, an enigma of a place if ever there was one, after breakfast and bumped and bounced for nearly 3 hours over what was essentially open moorland. There are no saloon cars here for once outside the settlement and into 'camp' the roads quickly deteriorate. First there are a few miles of packed dirt and gravel and then nothing but a faint track where yesterday's Land Rover/Toyota/Ford 4x4 slowly ground it's way to the beauty spot known as Volunteer Point. As your head whacks into the hand grip one more time and your back wrenches as you are jerked this way and that, it's hard not to wonder what the hell you are doing this for. But then a sliver of golden sand comes into view and you know the journey is nearing its end. The excitement mounts as you see your first Magellanic penguins outside their burrows, notice giant petrels tacking into the strong wind and hurtling across the treeless ground on long aerodynamically perfect wings, hear the braying calls of  other birds huddled together in their nesting groups. You've arrived and are free to roam for the next 4 hours, or until the wind, the rain and the blasting sand beat you into submission.

The reason we have endured this bouncy castle treatment is to visit a colony of king penguins. Their breeding cycle lasts for over 12 months, so there is always activity here making it a popular spot with tourists. Cruise liners now visit the deep waters of Stanley Harbour on a regular basis providing rich pickings for locals that transport punters to this spot in a fleet of vehicles. Today though the weather has prevented one of these ships from docking, so there are a total of only eight of us spread out over several acres of beach, shallow dunes and moor. We know the other four folk, couples from Spain and Holland, because we have bumped into them in the lodges on other islands as well as several times wandering along Stanley's only street of interest. It's like having a small gathering of friends.

Swathed in thick layers, scarf wrapped around ears and mouth, hat pulled down, jacket zipped up to its full extent, we trudge towards a smudge of black and white birds nestled against a rise in the ground. 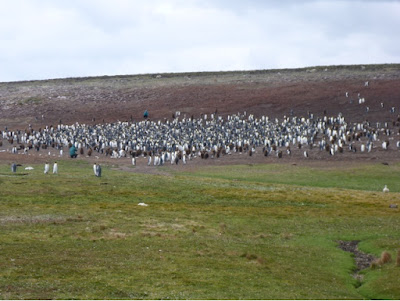 Each colony is encircled by a ring of painted stones beyond which you may not pass, but this doesn't matter. The penguins, many of them large beach ball chicks, have spilled out of the exclusion zone and adults are all around, some preening, some courting, others just loafing. They all allow close approach before suddenly starting as if they have only just noticed a 6 foot human nearby, looking briefly concerned they shuffle away on big leathery feet to a safer distance, perhaps 2 feet away. In some cases it is a question of the birds coming to you, moulting chicks still half covered in thick light brown down that approach from behind and chase after you as you try to beat a retreat. Close up those beaks are quite long and look very sharp. There's no real danger but we don't fancy a nip. 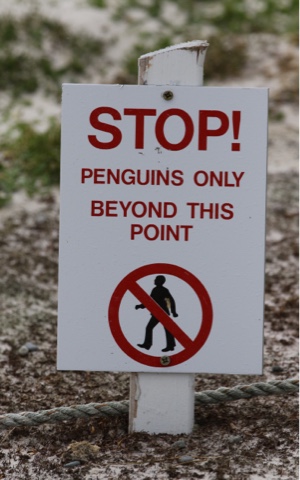 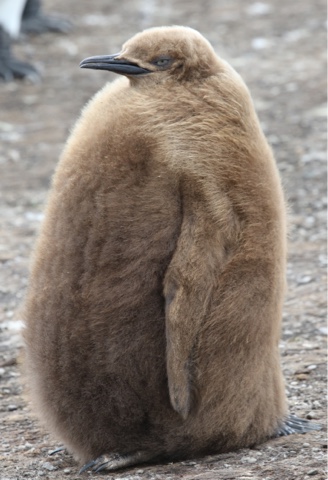 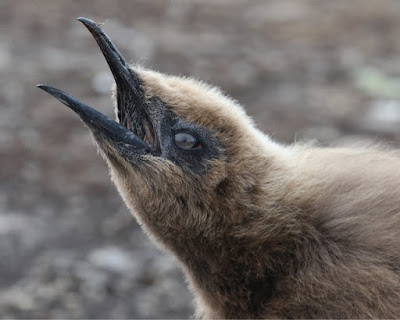 There is so much going on all around that it is difficult to keep up, best then to simply sit down and let the action unfold. At least for as long as you can bear the howling, cruelly unabating wind.

After an hour or so we seek shelter in a portacabin which serves as a mess hut for the drivers and a refuge for red faced, dripping nosed visitors. A warming cup of coffee and a sandwich, stories swapped about previous adventures traipsing across the islands and other parts of the globe and we're out again for a stroll, or rather hunched trudge, down to the seashore. Here a group of South American terns are busy fishing in the shallows, gracefully dipping into the froth to pick off some stranded morsel. The beach itself holds a few two banded plovers, very handsome birds, and several white-rumpled sandpipers, migrants to these parts. And of course there are parties of penguins making their way to and fro, wind blown swirls of loose sand curling around them as they stoically make their way. 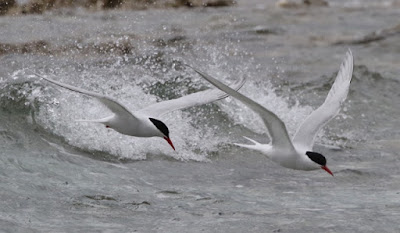 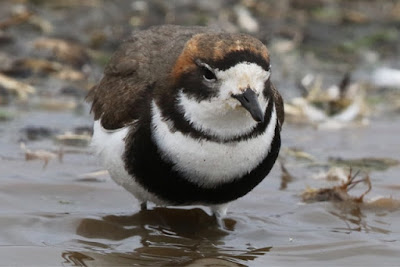 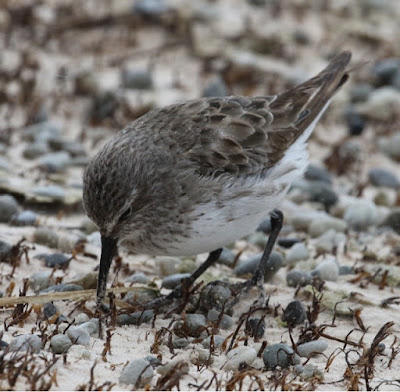 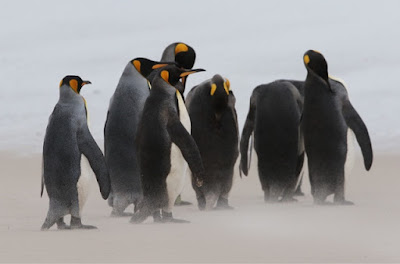 Back in the colony we spend our remaining time simply admiring the vivid colours of the kings. A lot of birds have just completed their moult and are in pristine condition with vibrant deep ochre face and chest patches that gradually fade through shades of lightening yellow into a bright white belly. When seen up close quite stunning. 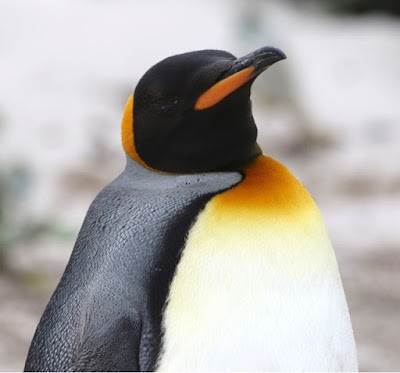 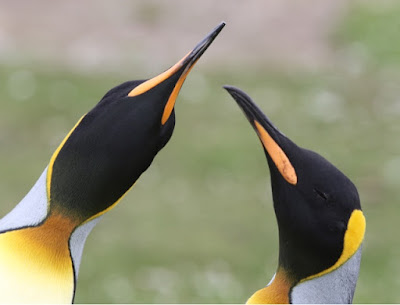 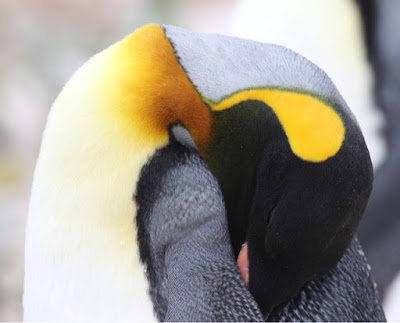 But it is the massed ranks that really impress. Tightly crammed they form a tapestry of jostling colour, a  bubbling cauldron of activity like so many yellow topped king pins. Was our own three hours of jousting to get here worthwhile? You bet it was. 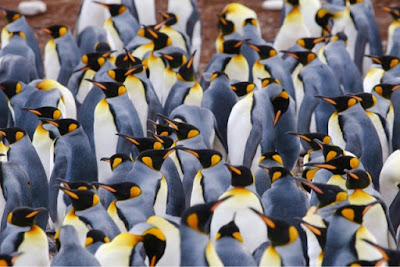 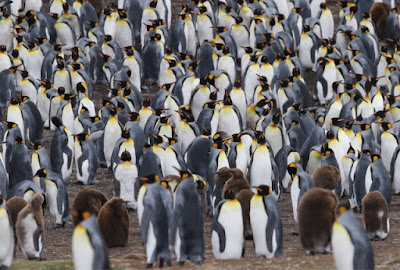