We’ve been here before. The first thing to happen as I arrived at RSPB Strumpshaw Fen was an encounter with one of the regular photographers. After the customary hellos, the conversation quickly nosedived into the negative; the same old lament that there was ‘nothing about, totally lifeless, didn’t take a single shot’. I’ve heard it so many times, and whilst it’s true that I’ve sometimes wandered around without troubling the camera shutter too much, I’m here to tell you that on this day there was plenty about. Lots of lovely wildlife and landscape to see and enjoy. In fact I didn’t even have to leave my car, for there opposite my parking berth was a blackthorn flush with ripe sloes; sore temptation for any hungry bird. I watched for an hour whilst several blackbirds, a robin, blue tit, great tit and a lovely male blackcap plundered the feast. You see folks, in my world birds don’t have to be rare or seldom encountered to provide interest and entertainment. 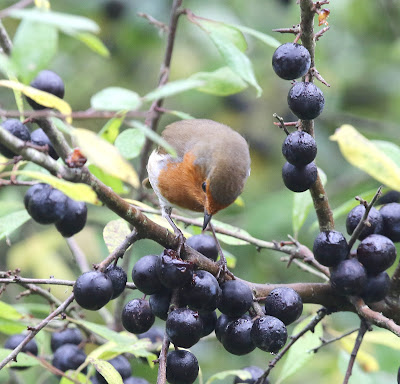 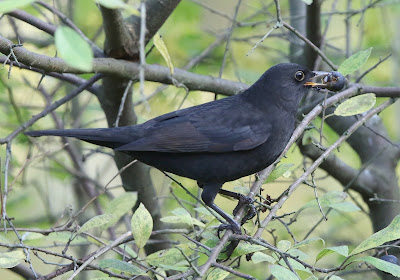 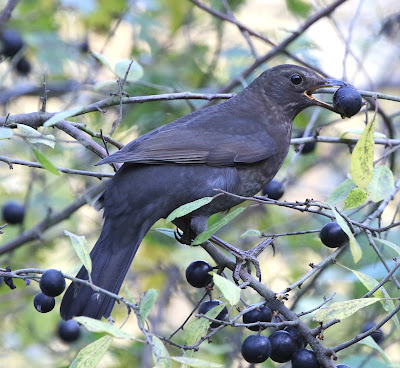 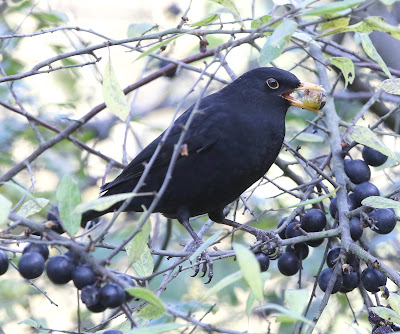 Moving on through the wood and along the path to Fen Hide with my friend, we delighted in the antics of a jay that perched brazenly atop the fingerpost, its fine plumage dazzling as it raided oaks for any remaining acorns. A couple of minutes later a trio of bullfinches flew across the path and we slowly, carefully, very quietly, stalked them through hip and haw laden shrubs but, as ever, failed to get a proper prolonged look. A tantalising glimpse of deep red breast, a flash of a white rump, a soft muted piping and they were gone. 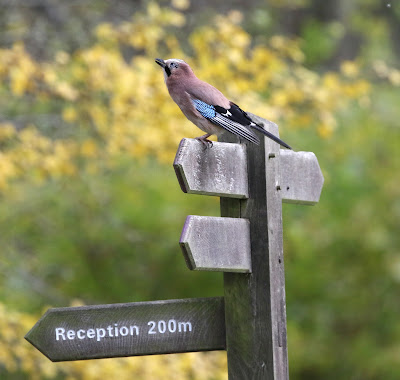 Sitting on a bench overlooking the meadows where the seed heads of reeds danced wildly in the gathering breeze, we watched the rays of the autumnal sun spraying through gathering clouds of multi-hued grey. An ever changing skyscape that surely deserved attention. Between occlusions, the bright sunlight illuminated berries of guelder rose, emphasising their translucence, whilst highlighting a matrix of spider web spun between the stalks.  And all around the reeds sung their soft song of seasons end. 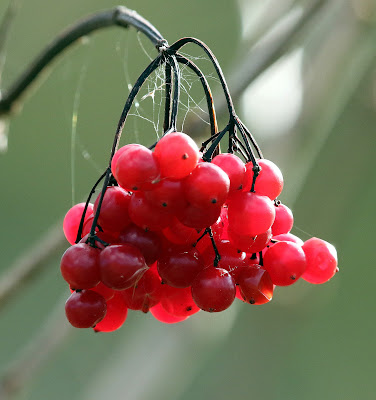 Marsh harriers, swirls of corvids, golden leaves of oak, beech and birch. Chattering blue tits, newly arrived fieldfares, a flotilla of monochrome coots, rounded off with cheerful chat and a steaming cup of coffee. All this was there for anyone to enjoy. We did.