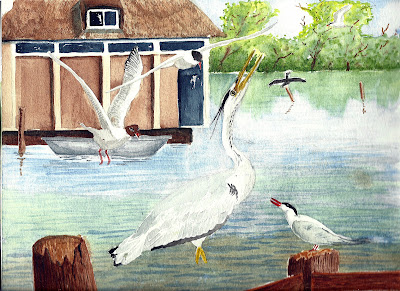 It seemed such a short time ago that I was tripping lightly along the boardwalk of the Norfolk Wildlife Trust’s unique reserve at Ranworth, heart full of the boundless possibilities of a vibrant spring as I arrived for my first volunteering session of the season. Then the recently cut reeds were only just beginning to regenerate, poking bright green shoots through the boggy ground festooned with yellow splashes of marsh marigold. Fresh buds of willow, sallow and oak were unperceptively but determinedly unfurling, Chiffchaffs sang in the alders, blackcaps warbled from hazel scrub whilst the azure sky of an April morn foretold of a likely busy day ahead. 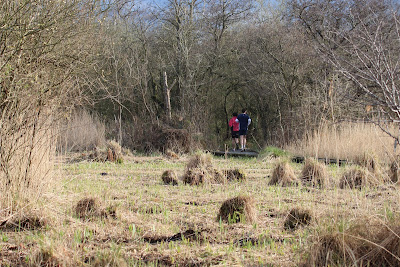 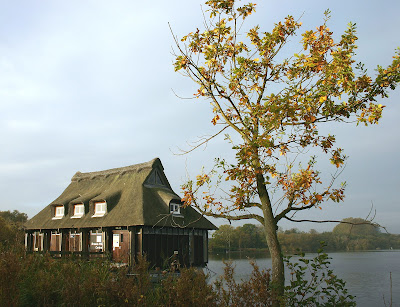 Scroll forward six months and here I was walking the same trail, wearing the same boots, with the same shade of clear sky overhead. The season had been, as ever, entertaining, fulfilling and varied. Education and enlightenment was dispensed and received, picnics and laughter experienced and relished. But now things had changed. No birdsong accompanied my progress; no colourful spikes of marsh flowers punctured the damp ground, no sense of the impending explosion of growth; of bursting buds, of regeneration. Instead I walked through dampened, bedraggled ranks of  reed; under trees shedding leaves of burnished gold and red, through a world seemingly resigned to the end; the cessation of life. At least for this year. But then I caught the rays of the morning sun shining through reed heads caught dancing in a sudden waft of autumn breeze. The dapping light temporarily blinded me, yet the waltzing shadows lifted my mood. There was life here after all. A blue tit wheezed, goldfinches tinkled, gulls drifted as snowflakes. It was simply a different aspect of the same place; a morphing from one season to another; cause for celebration not melancholy. I walked on with a lighter step. 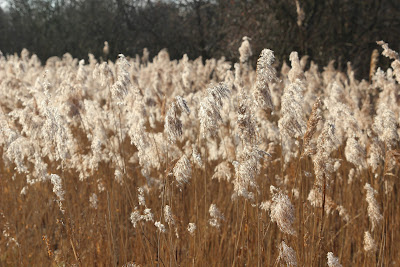 It was a good day, a steady flow of visitors, lots of children eager to draw the birds they had seen, complete the puzzles, push buttons and spent granddad’s money. Late holiday makers mixed with regular visitors; pilgrims from foreign counties rubbing shoulders with locals. As it should be. 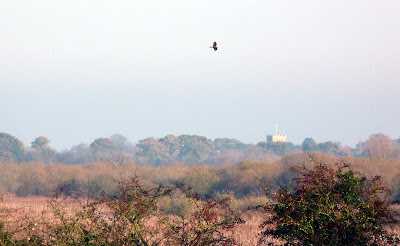 In the late afternoon, as the sun swung in a descending arc westwards, the reflected light on the broad took on a special vibrancy.  A party of visitors dropped in from Scandinavia; Norwegian, Danish and an Englishman that had migrated north. They loved the mood and serenity of this place. We chatted about the birdlife now gathering in impressive numbers on and around the sparkling water, resting, washing, preening, squabbling, as birds do. It struck me that we were, in all probability, looking at foreign immigrants of an avian kind. Little, if anything, had originated in this beloved Norfolk of mine. I explained that the wigeon, teal, shoveler, cormorants and gulls we were watching could quite easily have come from Iceland, Russia, Central Europe or maybe even Norway or Denmark. Perhaps the gulls these people had seen wheeling around their local park or marina were now taking advantage of the peace and sanctuary afforded by a shallow Norfolk waterway. Maybe the ducks they had observed on their Scandinavian lakes were the very same ones now whistling and piping in front of us. Who can say? Similarly the impressive cormorant roost, already boosting at least 1000 birds perching still and sentinel on favoured trees, contained individuals from  France and Holland. A connection was made. We are not separate from these creatures; we share the same earth, move through the same space, rely on the same resources. 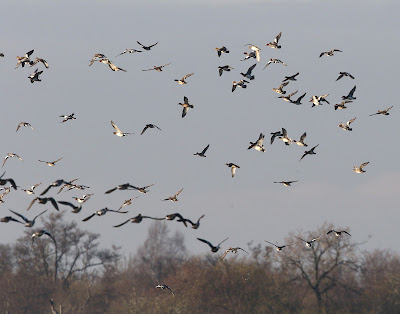 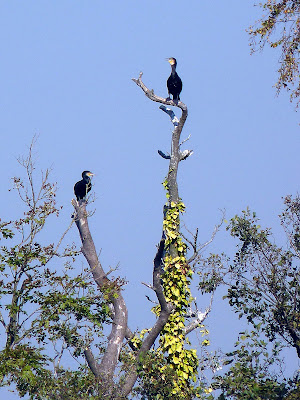 As we wound down the centre for our last shift of the year, gulls and yet more cormorants were streaming overhead, sailing into roost. Yes, the screeching terns and swooping swallows may have gone but they have been replaced with another shift, one that is equally interesting, spectacular and vital. The visitor centre may now be closed to the public, but it is simply dozing. Like the Queen wasps, peacock butterflies and bats sheltering within, it will reawaken with the first warm days of spring to commence the cycle of life.