Matters of the Heart

I watched a heart beating today, not my own or that of any fellow human being, but that of a tiny bird. A hummingbird, a White-throated Mountain Gem to be precise; such an apt name. This minuscule treasure was perched under the shelter of a rose arch, defending its patch of nectar rich flower border from would be usurpers. Between sorties to see off intruders with an indignant 'tick' and sip sugar rich liquid from the bountiful blooms, it would hold vigil from its favoured twig, twisting its head from side to side to allow its sparkling eye to search for potential rivals. So I carefully moved closer, wondering just how close I would be allowed to get before the little beauty gained alarm at something five thousand times it's bulk and thirty thousand times its weight. To my delight the answer proved to be about a foot, a mere twelve inches separating me from a true miracle of nature. From that short distance I could take in everything; the way the feathers overlapped like minuscule scales, each containing the ability of refract sunlight into glittering shards of multi-coloured iridescence; the way tiny grains of pollen adhered to the crown, ready to complete the mutually beneficial transaction when the next flower was probed by the long pointed bill, and I noticed the way the little mite's whole frame was moving in some kind of sycophantic motion with the beating of its heart. Of course the bird wasn't sitting there with its chest jumping around at a rate of 1,200 beats per minute, but some abridged, collective cardiac rhythm was clearly perceptible. A living, breathing, pulsing creature, so delicate, so vulnerable and so full of energy. And for a few moments, no more than perhaps thirty beats of my own sometimes troubled heart, I was privileged enough to be able to gaze upon it, and into its dark liquid eye, on a sunny morning high in a perfume scented garden surrounded by cloud kissed mountainous forest.

Some pictures of the delightful hummingbirds that abound in the grounds of our lodge. 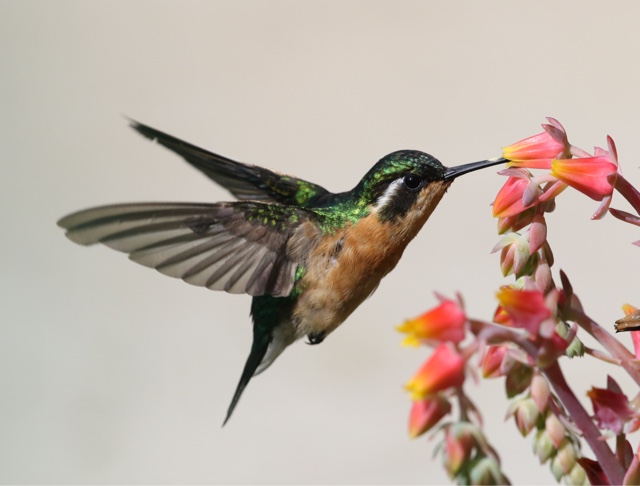 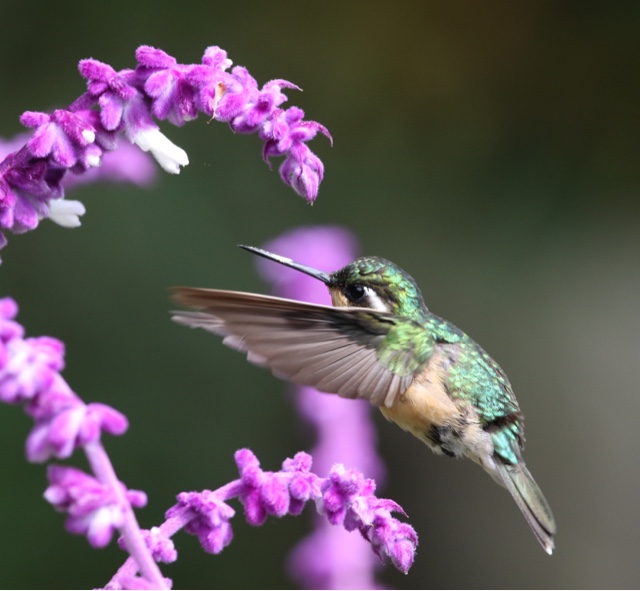 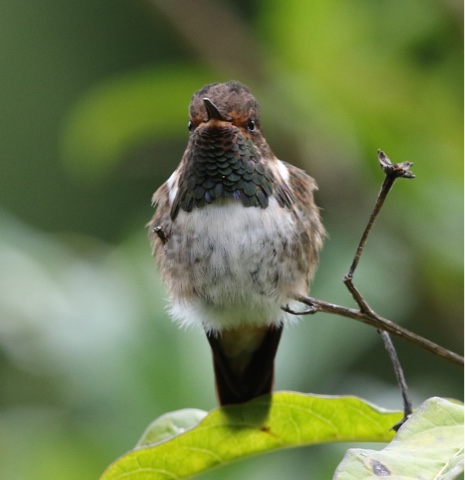 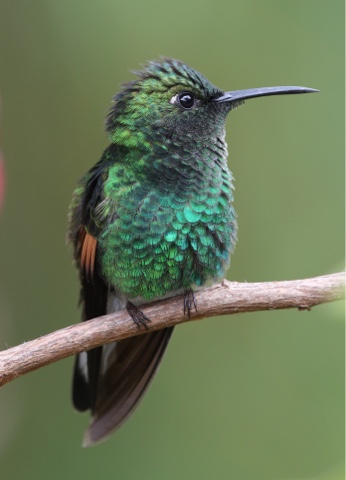 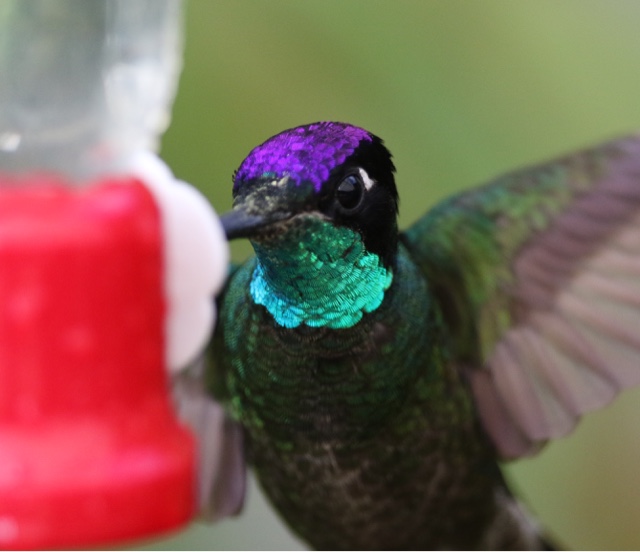 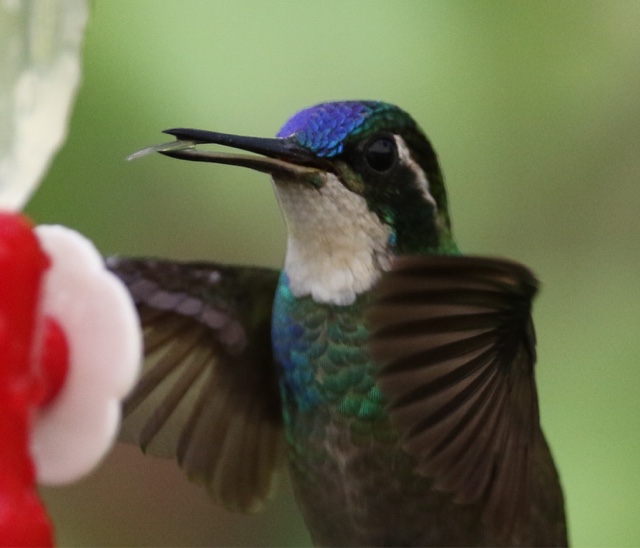