Secrets of the Night


We watched the sun slide smoothly towards the horizon, melting into the far end of the tranquil, unrippled surface of the broad; a golden orb slowly sinking into the mirror like surface of the water. In the stillness that followed its disappearance, peace settled over this water land, broken only by the occasional echoing quacking of mallards, floating silhouettes now, or the fluting melancholy of a robin’s autumnal song. Before long the lower sky became a band of flame, flowing by degrees into darkening shades of dusk, faintly chilly now summer’s grip was loosening. Presently we heard the faint honking of grey-lag geese that gathered momentum as they flew in to spend the night roosting far out of harm’s way; a strategy adopted also by gulls, ducks and heraldic cormorants. The gloaming giving way slowly to the velvet blue of a night filled with faint starlight. But we were not here to just admire the sunset, my colleague and I had some work to do. ….. 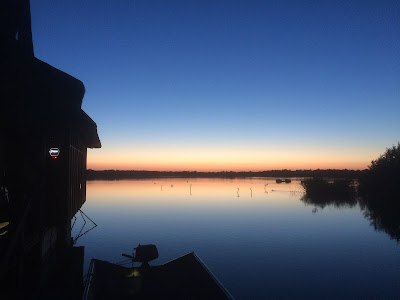 Ranworth Broad, a Norfolk Wildlife Trust reserve in the heart of the Bure Valley.  I know the place well having been engaged as the official coordinator some years ago. That was a very interesting and fulfilling time, but I’m content now to turn up once a week during the opening season to spend a pleasant few hours watching the wildlife and chatting to holiday makers and other visitors about this special place. It is a vibrant location at times, full of people who are visibly amazed at the panoramic view of the large sheet of water they see as they enter; a legacy from the medieval need to dig for fuel. For children the adventure of visiting somewhere only accessible via a walk through a woodland swamp, reeds swaying above their heads is magical. For adults the delight their children show is reward enough. For all it is unique. 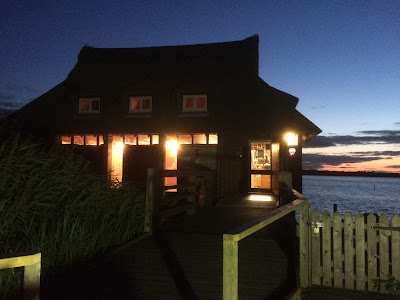 …..But there are no holidaymakers here tonight, we have a different purpose;  we are here to trap moths, those members of the night shift seldom encountered in any numbers….. unless you have a moth trap, and luckily we do. Nobody seems quite sure why moths are attracted to light, but attracted they certainly are. Here, away from prying eyes and in no danger of upsetting neighbours, we position the trap on the decking; essentially an open topped wooden box with sloping Perspex inserts that moths can harmlessly slide down once mesmerised by the emissions from the bright mercury vapour lamp. We stay watching the trap until tawny owls send their love songs to one another through the wood, one so close and loud it startles us with its eerie screech. Another answers; a faintly audible trembling hoot from way down the channel towards the river. Insects: mosquitos, flies of all kinds, small beetles, midges by the hundred, swarm around the trap but no moths yet appear. So we turn our attention to the bats that are now flitting all around taking advantage of the myriad flying insects attracted to the light. Our bat detector picks up a wealth of chittering, chattering and buzzing as the bats echo locate their prey. We think they must be Daubenton’s or natterers since they are emitting at between 50-60kHz frequency. We have a more sophisticated device which we will leave overnight and will later show we had an astounding total of nine species of these flying mammals making use of the site.  Our two suspected species, all three pipistrelles, brown long-eared, noctule, serotine and Leisler’s. An indication of the tremendous diversity this jewel of a site supports.

There is method to our madness, we want to record the bats as part of a Norfolk bat Survey operated by the British Trust for Ornithology, and we want to trap the moths to have something mysterious and live to show the visitors the following day. And all of a sudden there is a moth, a large yellow underwing, thrashing around in the bottom of the trap before finding refuge amongst the empty egg cartons placed there. Satisfied that the moths are beginning to emerge we make our way home through the now silent reed swamp, our head torches showing every flower head of hemp agrimony, purple loosestrife and marsh thistle to have feeding insects; it’s not just daytime residents that have a pollination role to play. We even find a few green and black striped swallowtail caterpillars munching their way through milk parsley. We’re confident the trap will produce the goods and this is confirmed when we return the following morning. We have struck gold; brilliantly marked garden tigers, poplar hawkmoths, a drinker, large emerald, pebble hook-tip, carpets, pugs and waves. Enough to keep us busy recording and potting for an hour. Later we enthrall some children with the larger species and amaze most with the diversity of form, colour and camouflage. A successful outcome and one that encourages us to undertake this late vigil for several subsequent weeks until it gets too cold and wet to continue. We will try again next season. 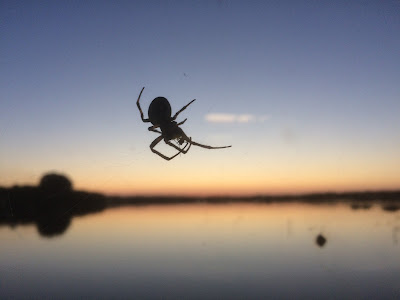