30 years ago I regularly took my infant son to various coastal locations, strapped him on my back and wandered around for the morning. He fell asleep more often than not, but nonetheless benefitted from all that fresh air and being close to nature. We saw some wonderful things: hoopoes at Winterton, red-throated pipits and black-headed wagtails at Happisburgh, a massive white-tailed Eagle at Hickling and a fly by Sabine’s gull at Cley to mention a few highlights. He can’t remember any of that of course, but I remember it all vividly as though it were yesterday. I recall how I had to push him unceremoniously in his buggy along puddle strewn country lanes to see the eagle just as dusk was falling on a bitter January afternoon, remember us both giggling whilst we bumped in the car along the pothole strewn track at Horsey, how I somehow got us locked out of the car at Cley and had to get the warden to jemmy  the door with a coat hanger and the crowning glory of wanting to run around the Cley beach car park shouting ‘help!’ after a particularly full nappy awaited my attention. Happy days indeed!


And now seemingly in the blink of an eye he has a son of his own, just as easy going, just as playful. Big smile, twinkling eyes, mischief at every turn. Today we had him to ourselves and spent the time introducing him to real live ducks. His first word was ‘duck’, a result of reading him books filled with the farmyard birds and spending lots of time imitating their quacks, much to his amusement of course. We parked the car at Salthouse, threw some seed out of the window and were besieged by all manner of waterfowl within seconds. He sat there transfixed, fascinated and bemused by the commotion for the best part of two hours. 120 minutes of his first birdwatch interspersed with pulling granddad’s ears, playing peek-a-boo and guzzling milk. I think he enjoyed himself. 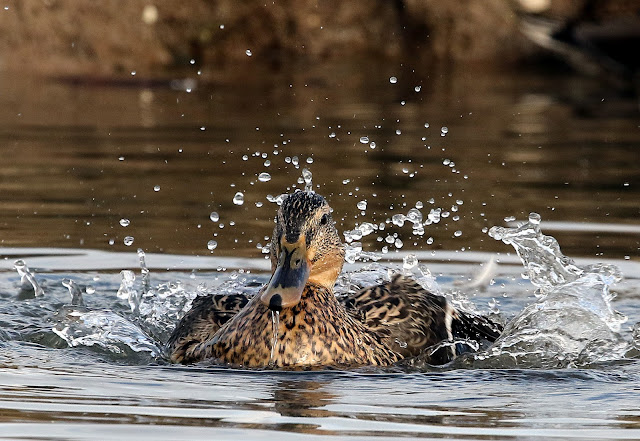 Sitting there with camera poised whilst he bounced around nose stuck to the car window, I was struck, not for the first time, with just how fascinating keeping (relatively) still and just watching nature go about its business can be. Regular feeds from people who stop their cars to ply the waiting beaks with bread and other unhealthy snacks has encouraged a sizeable entourage of various gulls, water birds and other opportunists. Over the course of our stay quite a respectable list gradually accrued. First up of course are the ducks, a motley assortment of mallard types that quack and flap and waddle and splash in a never ending circle of action. With the sun shining brightly and the ripples from the pool reflecting off their metallic green head feathers, the drakes were a truly beautiful sight. Overlooked as ever because they are familiar and common. Occasionally a small party of wild wigeon would drop in for a drink and a bathe, uttering their evocative whistling calls that echoed across the coast road. A family of swans provided bulk and grace, the cob dealing with pesky gulls by giving them a none too gentle nip and with a twist of his head sending them squawking away from his feed. 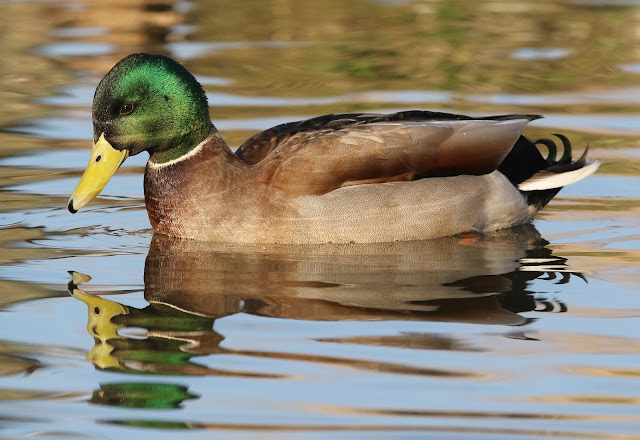 Gulls were represented by three species, by far the most obvious were the raucous, rumbustious black-headed that thronged in an unruly melee whenever the prospect of a free feed was offered; their boldness an obvious indicator of why they are so successful. Next up in the pecking order a few common gulls who picked out the prime perching spots on the gateposts but would not venture close to humans, preferring to keep a safe distance and chase the black-headed in skua-like fashion whenever they passed with a slab of bread wedged in their beaks. A lone herring gull chanced his arm, but didn’t linger. 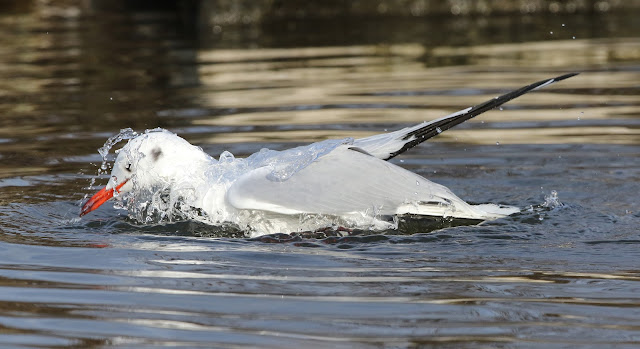 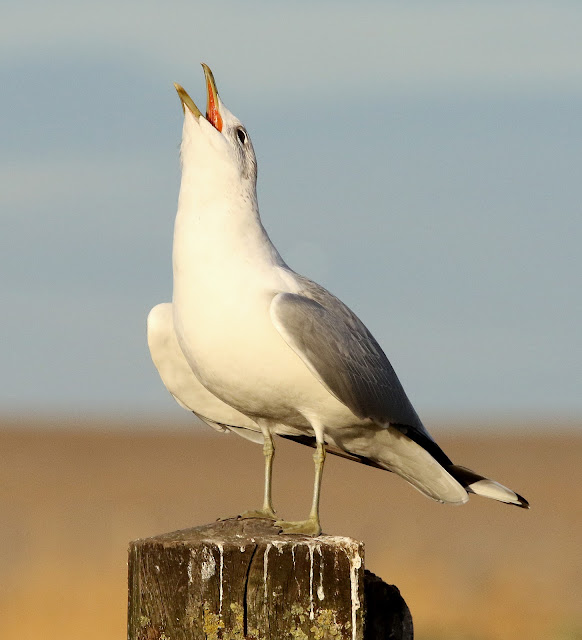 Pecking around on the floor was a scattering of moorhens, cantankerous as is their nature. One individual hopped onto the top of a gate and proceeded to walk along threatening every gull in its way. The gulls didn’t even attempt to put up a fight, and when you look at the claws on the moorhen’s large ungainly feet you can see why. Jackdaws, pied wagtails, collared doves and lone rook and redshank made up a varied and interesting avian supporting cast. But it wasn’t just the birds taking advantage of the ample food supply. A brown rat cautiously peeked out of the grass bank, nose twitching continuously, to see whether it could steal a meal. Interestingly a female mallard, upon seeing the rat, moved towards it and was obviously trying to frighten it away, nosing in the grass in an agitated manner. The rat retired, outmuscled and outnumbered. It will return after dark no doubt when it has the place to itself. 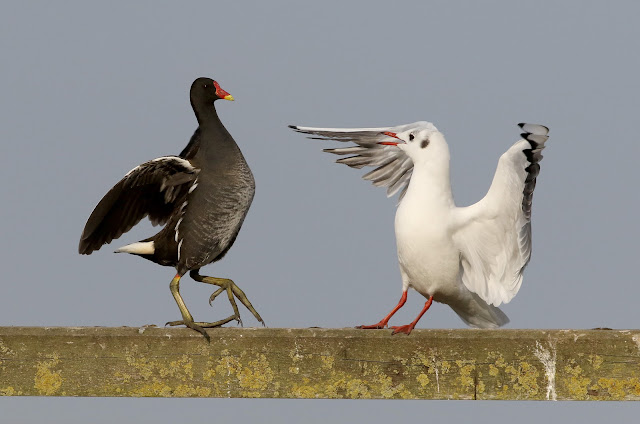 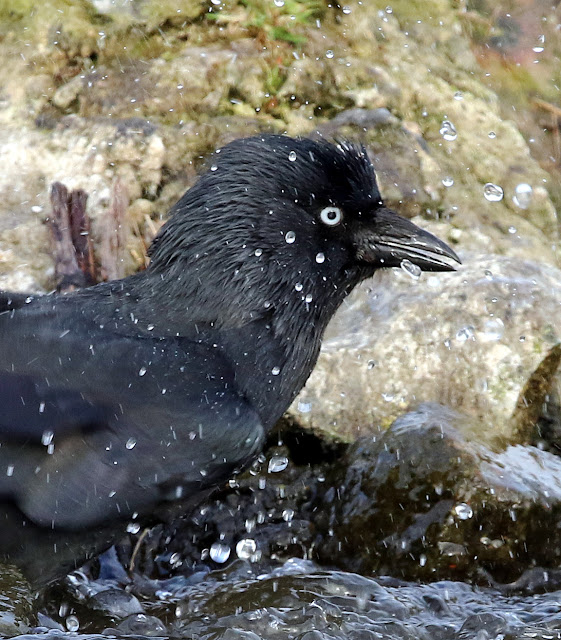 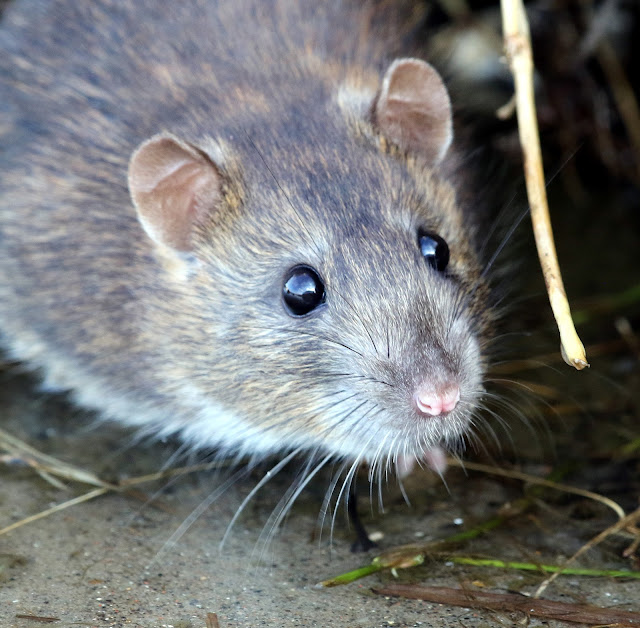 With the cries of curlew trilling over the adjacent marshes and a fly by marsh harrier it was a most entertaining episode, full of noise, movement and colour. It does you good sometimes to get back to basics, forget any chance of hiking to the beach in search of rarities, and instead see something of the world as through the eyes of a small 10 month old child who does like his ducks. 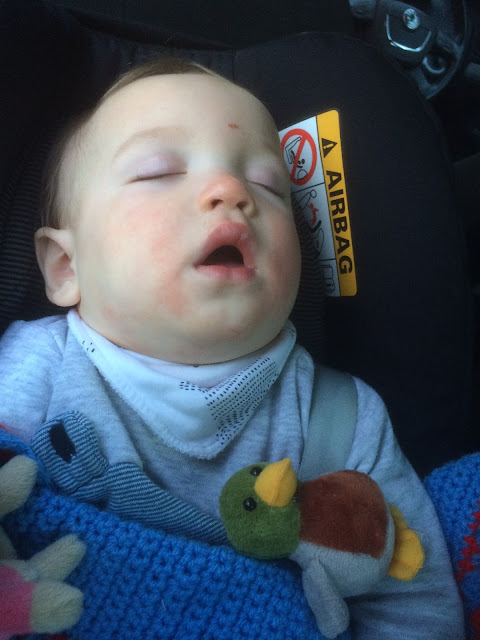