The smell gave it away, that sickly sweet, rotten fish kind of smell. At first I thought it was simply a stench arising from discarded fisherman’s pots, but no. The source of this particular aroma could be found by looking a little more closely at the beach where amongst the thousands of pebbles were thousands of dead sea creatures; crabs, lobsters, starfish, and various other species of marine life including dogfish and what I took to be mullet or smelt, too decomposed to be sure. Unseeing, wrinkled eyes staring into a sombre grey sky, the wind drying their rotting skins; born to a life of freedom under the limitless sea, dead now and littered along the strandline. Lifeless waste from a cruel sea wracked by strong wind and freezing temperatures. 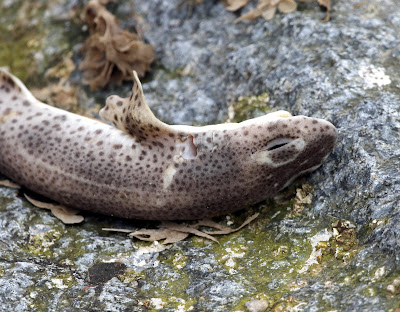 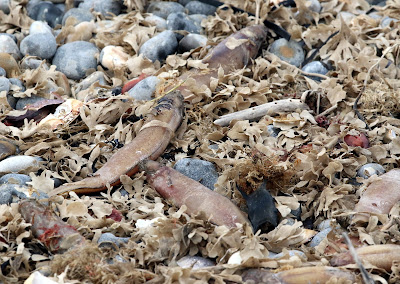 Sheringham beach a week after the snow storms; the toll of nature’s wrath all too clear. Whilst the news bleated on about us humans stranded in our tin cans or unable to spend our money on unnecessary crap from Tesco, the real effect of the blizzards and gales was felt in the wild world. The world from which we are increasingly detached and disconnected. We have little concept about what survival really means, as long as the TV works, the freezer is stocked and Wi-Fi is running we’re happy. For wild creatures however the struggle to survive means sometimes you don’t win. It’s no computer game, no chance to reboot and start again. In the real world you can die and lay stinking on a cold and lonely beach. 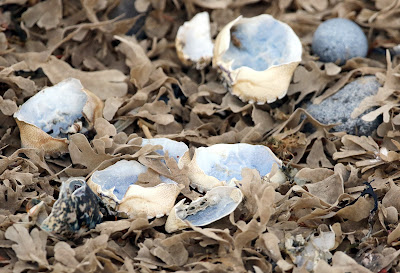 But it is an ill wind that blows no good it is said; the evidence to support this adage was plain to see. The sea dwellers loss was the land dwellers gain. Turnstones, crows and gulls revelled in the bonanza left by a high tide; such easy pickings were not to be squandered. The crabs had already been plundered, their empty shells piled around, but there was flesh still to be found deep within the lobster’s dark blue armour and plenty of other tasty morsels enmeshed within the heaped flotsam. The turnstones were ever busy, probing with their dainty, upturned beaks at every potential snack. They are omnivorous opportunists these arctic breeding waders, equally happy taking live insects and sea lice revealed by their stone turning, nibbling dead flesh or wolfing down chips proffered by well-intentioned humans. They do well here. And of course the ever present gulls will gulp just about anything, tearing holes in the corpses with their ferociously strong beaks. Burly great black-backs were asserting their dominance, muscling their way into any food source discovered by their smaller cousins. Soon there won’t be much left to stink up the sea front. 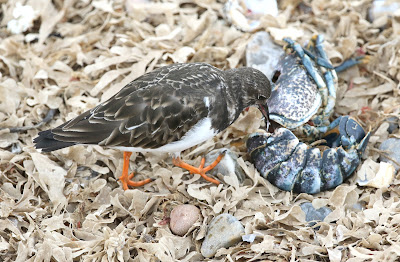 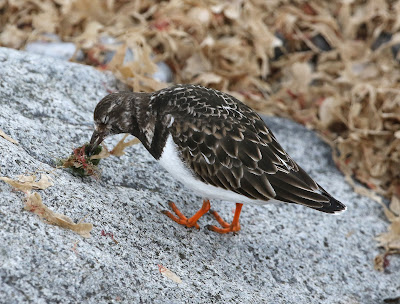 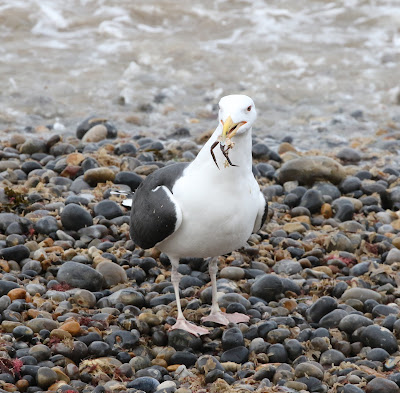 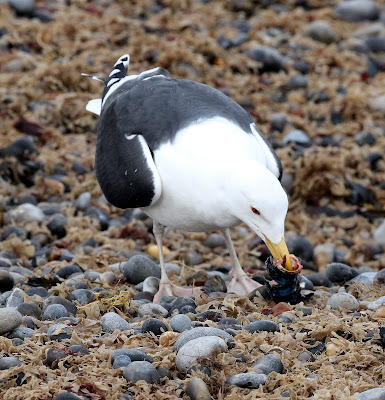 Further out, on the heaped, bladder wrack encrusted, granite blocks, pecking inconspicuously at unseen particles were three purple sandpipers. These unassuming coast dwellers are constantly picking up tiny morsels from the slippery stone, their black and orange beaks working overtime to find sustenance to carry them through another day. Scurrying away from the effects of the seventh wave they demonstrate their hardiness; there is always plenty of food thrown up by the merciless sea. They are not quite so tolerant of close approach as the turnstones that sometimes dance around your feet, but if you keep still they sometimes come close enough to afford a good look and a half decent photograph. 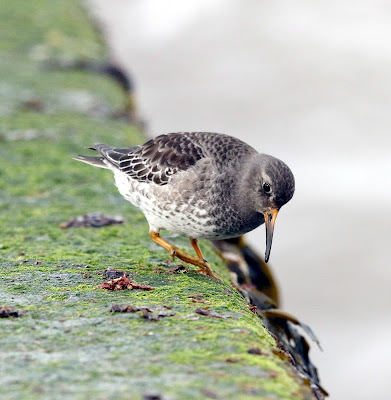 A treat and a rather more uplifting sight awaited on the drive home, for near Edgefield a barn owl drifted across the road, flew parallel to the car for a few heartbeats before alighting on a road sign. Quick stop in a gateway, three point turn - needless to say it had flown. However the bird hadn’t gone far, it was hunting over the adjacent field. When it bounced away through a gap in the hedge another barn owl appeared behind it, chasing it from its territory. This is excellent news indeed, for despite being unable to hunt for at least three days last week these birds did manage to survive. The fact they were hunting well before dusk probably means they are hungry, but unlike the ruins on the beach, they are at least alive. 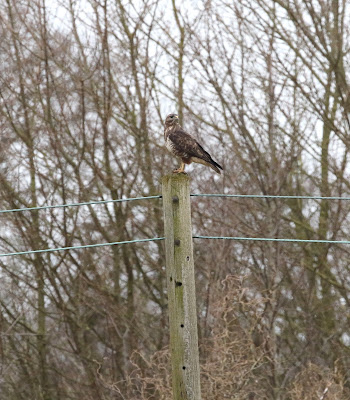 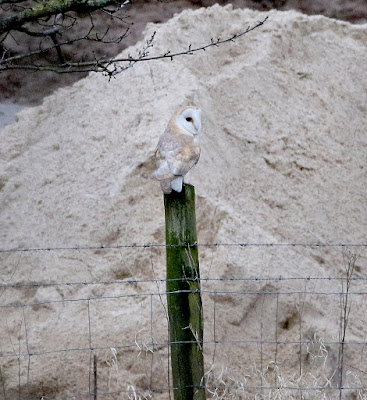 At home, the enforced confinement to the house last week did provide an opportunity to have a good look at the garden birds. A total of 13 species took advantage of the food we put out, with our resident wren the star. This perky individual made short work of the live maggots placed in a flower pot on the patio. On its regular sorties it would select a wriggling maggot, whack its prize a couple of times on a branch kingfisher style before flying off to complete the meal in thick cover. Blackbirds were more forthright, their larger size and bigger appetites satisfied by taking several maggots at a sitting, swallowing them greedily without ceremony. To allow the wren more access and less bullying, a couple of apples and a chunk of unwanted Christmas pud did the job of distracting the blackbirds .......at least most of the time. What was particularly good to see though was a small flock of goldfinches making use of the dried seed heads of the hollyhocks. It is all too easy to cut these down and tidy them away in the autumn, but if left they do provide a useful food source for hungry birds as well as a refuge for various small invertebrates when winter bites. I do sometimes look at my humble estate and think what a mess it is, resolving to ‘sort it out’ when spring arrives. But then I see the birds and other animals making full use of the disorder and content myself with the thought that although not a large area it is certainly to their liking, and that was always the plan. What the heck would I do with a well-managed lawn anyway? 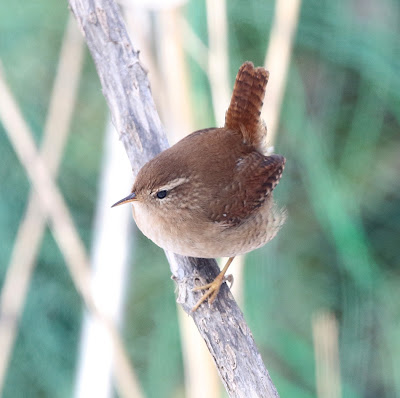 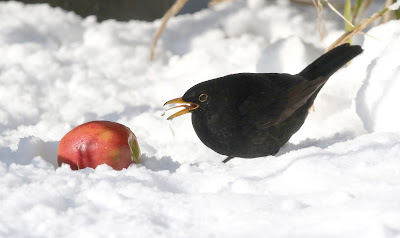