After what seems an age of grey, wet, windy, bitterly cold days; days that last a week and weeks that last a month, we arrived at something of an oasis last week, a most pleasant and unseasonal smiley face. Let’s have an emoji 😎. There that’s better. Three days, yes three whole days of unbroken, brilliant sunshine. And what’s more the sun actually had the strength to warm us. Oh, it’s like a sumptuous meal of succulent, melt in your mouth, prime beef after half a year of enforced starvation; an uplifting of the soul after an oppressive spell of enslavement. Overreaction? Nah! There’s nothing like a British winter to make you appreciate even a few minutes of that golden celestial orb. But three whole days folks! Boy have we been spoiled rotten.


Anyway, I was lucky enough to be able to take advantage of this bonanza to bask in the glory of the East Anglian countryside, its wild spaces and its wildlife. Aren’t I lucky? 😁, oh there we go again. So join us as Thursday (15th) saw me strolling around Minsmere and Dunwich with much treasured friends. On this occasion we had the privilege of a close encounter with a 1st winter glaucous gull that patrolled the pebble encrusted beach looking for tasty morsels. It’s not often you can share space with one of these caramel coloured strays so far south, best then to think yourself lucky and just soak it up. Next we sauntered around Dunwich Heath obtaining brief, distant, but nonetheless conclusive views of a couple of Dartford warblers that tazzed away from us on whirring wings. One did sit obligingly atop a sprig of heather enabling us to confirm its identity. Charming little birds. 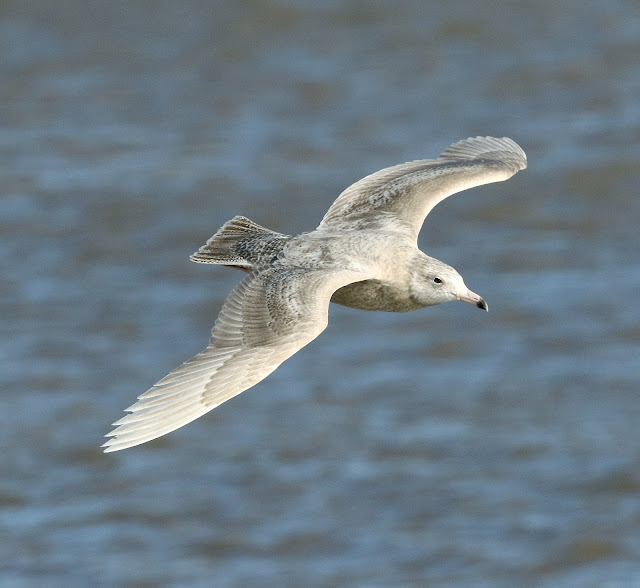 Gather round, as we sit sipping tea at the coastguard cottages, chatting and jesting, closing our eyes to absorb the warming rays afforded by this late winter respite. And then we have another treat in store, for after our fill of PG Tips we can stroll back to the path through the reed beds, claim our place on the only bench in sight and await the spectacle. It doesn’t disappoint. But fearfully as the sun slowly sets behind us we do wonder if perhaps the birds have forsaken us tonight. It happened at Strumpshaw earlier this winter when somehow 15,000 of this species decided collectively to vacate their roosting spot to a bird. One night thousands chortling and gossiping; the next nothing. How is that possible? Was it going to happen this evening? We shouldn’t worry because as dusk spreads its darkening tendrils across the massed ranks of ochre reeds the first starlings arrive. An advanced party of a dozen or so circling the Fen, but then more, many more, appearing from nowhere to swirl and shift across the paling sky. But this mass is dwarfed by the arrival of a vast cloud of flying dots that arrived from the north to swell the ranks tenfold. This gathering, a fantastic, breath stopping spectacle, smokes around the sky entertaining a crowd of stationary humans for 20 minutes  before piece by piece the throng breaks up to send a cascade of small dark shapes hurtling into the reeds. Thousands of individual birds acting as a collective. Stunning and amazing. Hard to think of a better way to end a day that even as we enjoy a final coffee in the car park still had residual light lingering in the West. Not enough to prevent the stars putting on a show; Orion, Cassiopeia, the Plough and countless thousands of others shine down on us four contended humans. Yes it was a good day. 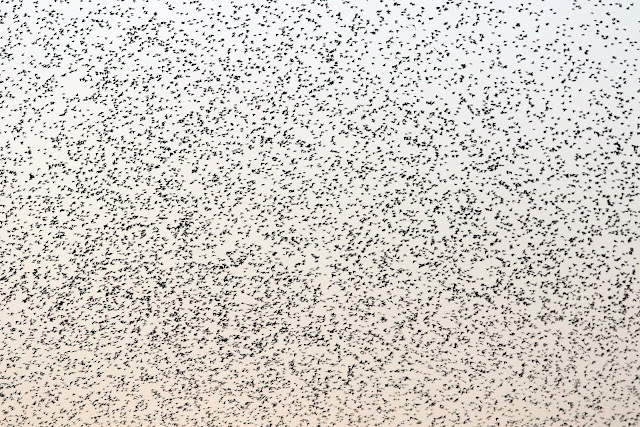 Friday dawned similarly bright and clear and I headed to Sculthorpe Moor for a walk with another group of dear friends. No sooner had we stepped foot onto the reserve than the mewing of buzzards greeted us. A look skywards revealed three drifting around sparring with one another on the warming air. Hard to believe that these birds were nothing more than an occasional migrant a quarter of a century ago. Now they are to be encountered all over the county but they never fail to impress and inspire; their calls speak of the wild and they are so free; spiraling lazily where they please, sometimes mere specks in the heavens from where their sharp eyes can probably see most of the county laid out below them. Oh to be able to fly! 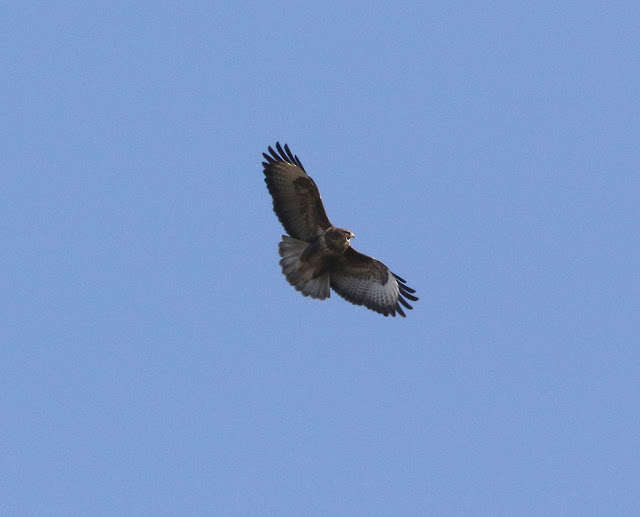 Sculthorpe has a very user friendly attitude to the visitor experience with lots of strategically sited bird feeding stations along the trails and outside the comfortable hides. Not surprisingly these hot spots attract lots of birds, and lots of birds attract lots of people. But such is the nature of the place that there is room for all and with patience everyone can see just about everything on offer. Manager’s specials today came in the form of shockingly red-breasted bullfinches, chisel billed nuthatches and several brightly red-polled redpolls. In the tower hide the birds come really close, attracted by the tray of seeds and nuts positioned a mere arm’s length from the hide window. To be able to watch the antics of azure capped blue tits, pristine white cheeked great tits, bold pink breasted chaffinches, diminutive coal tits, a perky trio of long-tailed tits together with the aforementioned blood breasted bullfinch so close is a pure delight. Almost making up for the withdrawal of jam roly poly from the menu of our lunch stop pub. Almost. 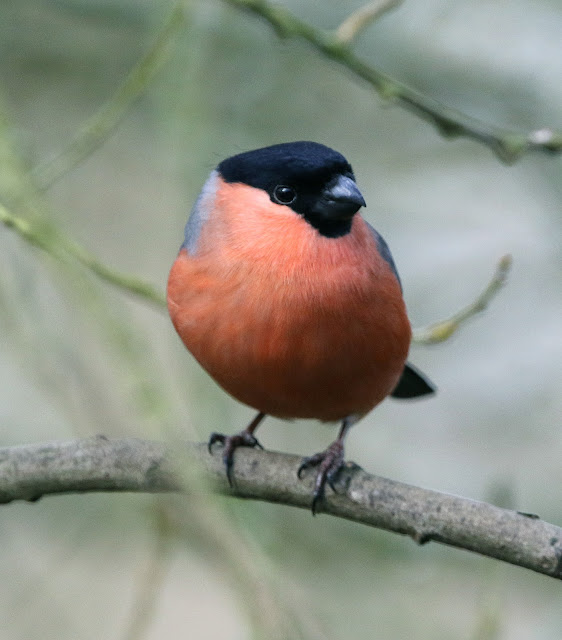 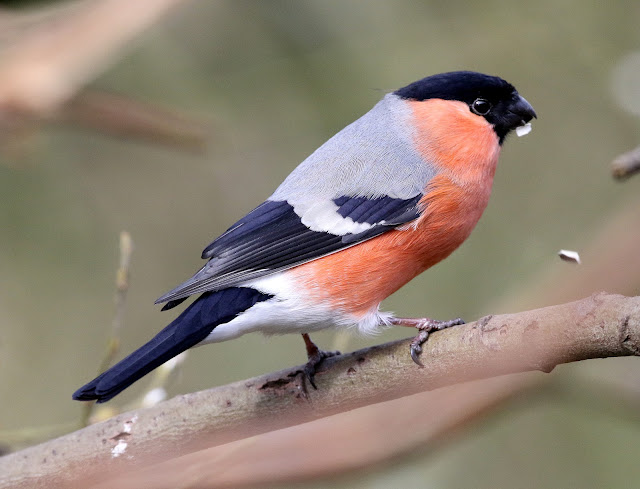 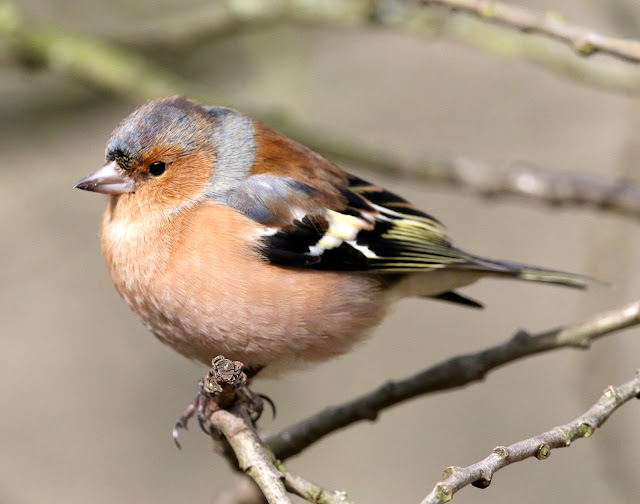 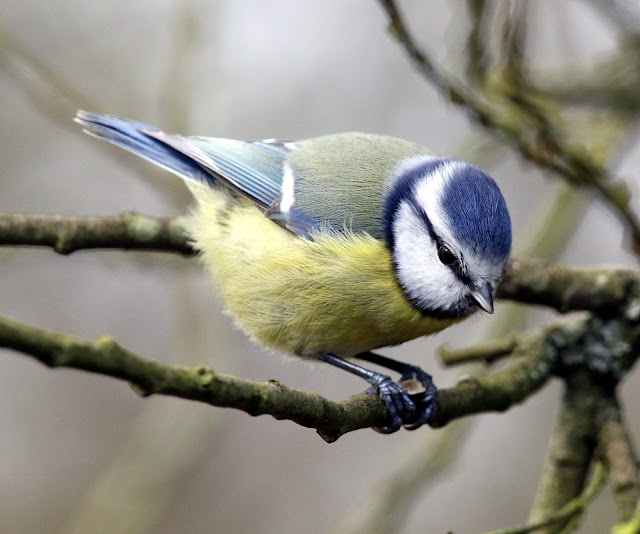 This Wensum Valley reserve is so good that it deserved a second visit, so we went back the following day to enjoy further close encounters with its inhabitants and to have a proper look at those redpolls. Umm redpolls can be a tricky bunch, but there’s seemingly more than one kind probing their sharp yellow bills into the seed feeders. But are they different species or are they simply different forms of the same species? Who knows? It’s a debate that has divided the birding community for a long time. But it is what it is: the birds don’t care. In any event I’m pretty sure I was looking at the standard lesser redpoll as well as at least one common - hitherto known as ‘mealy’ - redpoll. If you have a mind or a care you can judge for yourselves. 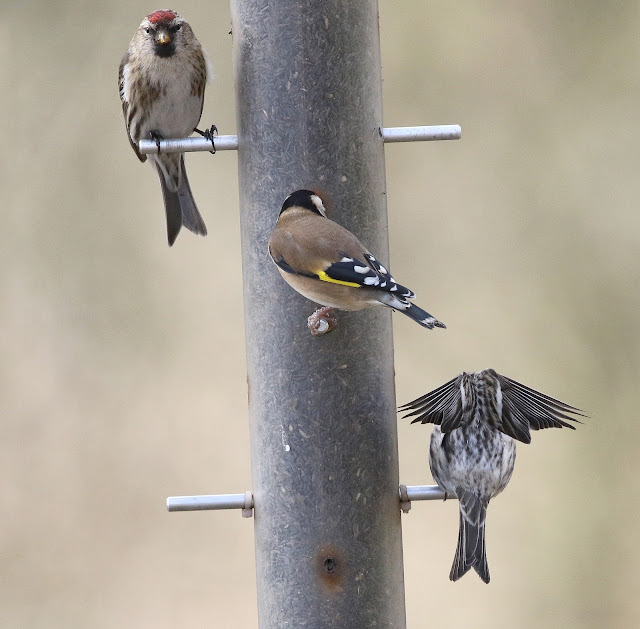 Three days of sunshine and the world transforms, birdsong resonates through the woods, snowdrops bloom like a dusting of icing along our road verges and carpet churchyards, hats and gloves stay rooted in coat pockets. We all know it is temporary, we all know it will change, but my goodness it is so welcome. A gentle kiss of spring to remind us that nature is ready to burst forth with all its passion.