We Took the A Train

We did indeed take the A Train all the way to Jamaica Bay, not far from JFK airport, where there is a conveniently situated wildlife reserve. How lucky was that! Here with the jagged toothed skyline of Manhatten forming a surreal backdrop, you can explore several trials leading through scrub and damp wood bounding salt marsh and shallow lagoons. The melting pot season that is spring resulted in us being able to observe parties of lingering Brent geese (which are not the same dark-bellied population as those we commonly find in Norfolk winters, but are instead the pale-bellied race that also winter in Ireland)  sharing the bay with newly arrived Forster's terns, barn swallows and the delightful tree swallows that we watched at very close quarters as they inspected nesting boxes positioned by the trails. And what beautiful creatures they are; iridescent green and purple-sheened heads and backs, a lovely twittering song and a cheeky sparkle in their watchful eyes. These sprites were full of the joy of the season, chasing one another in courtship and staking claim to their favoured box. I could have watched them for hours. Although the dry heat of another clear spring day repressed a lot of small bird activity, we did manage to catch site of a few new species for the trip. A singing Carolina wren entertained us briefly, belting out a tuneful chant and a lovely song sparrow did likewise quite unbothered by our close proximity. The ubiquitous American robins hopped all around us and a northern mockingbird went through a varied repertoire from cover. Other little birds took the form of blue-grey gnatcatcher and a couple of yellow-rumpled warblers quietly feeding in the depths of the tangle. 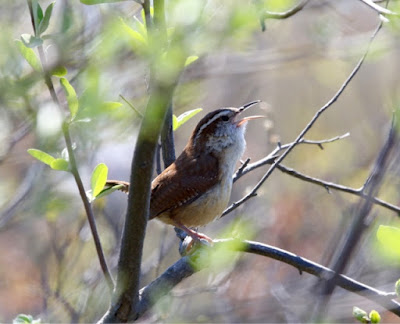 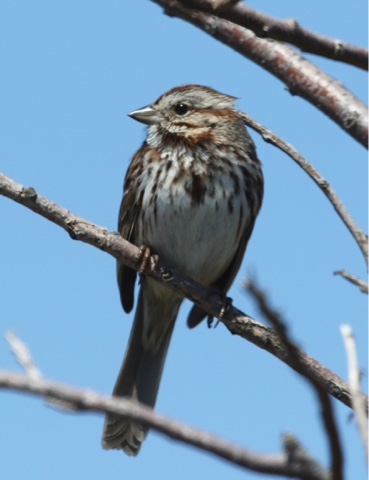 The open waters held several species of gull; laughing gulls braying to each other, a great black back loafing on the beach, herring gulls and probably others out on the sand banks. The Forster's terns entertained us, fishing and courting close to, whilst a pair of Ospreys attended their nest on a specially placed platform. Ospreys must be one of the most widespread of birds - I've seen them on four continents - but they will not breed in Norfolk. What a shame that is.

It's always good to visit new localities, see new birds and chat to people with a different outlook on life. And let's be honest, if you live in the Bronx you will have a different mindset to a person idling his time in the east of England. So I like to observe and the A train is as good a place as any. During the intermittent dozing of our journeys to and from town, we encountered a couple of gangsta dudes jiving badass, hobos touting for loose change, entrepenurial wide boys selling branded sweets and drinks for a tad under retail rates, a incoherently ranting drunk who decided nobody would mind if he pissed all over the floor, lots of young ladies who weren't as I first thought yapping to themselves, but were instead talking loudly into a hands free mobile set up (why must they do that) and various other colourful characters. The A train is quite entertaining, and I'm glad we took it. As always the wildlife trumps all and goes about its simple business regardless of the idiosyncrasies of man. 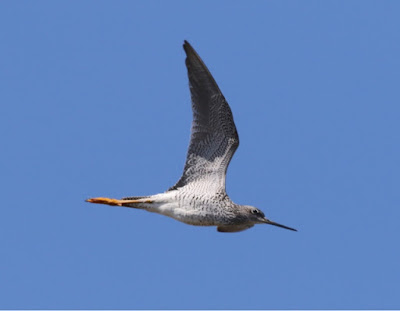 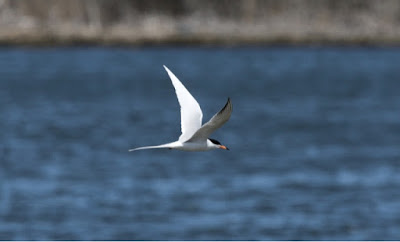