One advantage of working at a nature reserve is that eventually you will see just about everything that turns up. Even, if like me, you only appear for a morning every fortnight you still have a good chance of connecting with the unusual. So it was a few weeks ago at RSPB Strumpshaw Fen when after a number of abortive attempts the long staying Jack Snipe decided it had toyed with me long enough and gave itself up. It wasn't so obliging as to flaunt itself unashamedly; heaven forbid that one of its kind should make things easy. No, this bird still required a bit of work as it hunkered down amidst a raft of cut vegetation, facing away from onlookers so that the lateral striping on its back looked for all the world like the reeds it surrounded itself with. But with a bit of effort the tiny wader could just be made out and formed a talking point for visitors all day, the challenge: spot the Jack Snipe. Once or twice hunger drove this diminutive visitor from Arctic Russia to venture closer in search of sustenance. Then its habit of perpetual bobbing, dark plumage, short bill and distinctive head pattern - no central crown stripe - could be seen to good effect. It helped immensely when a Common Snipe crossed its path to allow direct comparison. The habitual bobbing actually served to locate the bird as it shuffled through the reeds, which struck me as something of a dichotomy. Why have cryptic plumage and secret yourself in reeds only to jump up and down as if sitting on a coiled spring? Might as well wave a flag and tell any passing marsh harrier this is where you were hiding. I resolved to discover why the birds do this. Google drew a blank, reference books came up short. The one time this bouncing seemed to serve a purpose was when the bird sheltered amongst breeze rippled reeds. Then its synchronous movement rendered it all but invisible. On the basis nothing happens in nature by accident, there must be a sound reason for this behaviour, but I can shed no further light........any ideas greatly appreciated. 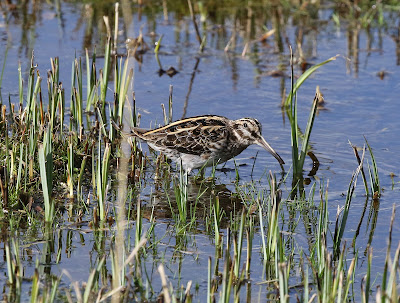 Lots of water birds seem to enjoy a bit of rear end wiggling though (who doesn’t?); dippers, sandpipers and one of my favourites, the delightful Grey Wagtail. I've watched a few pairs of these beautiful inhabitants of our sparsely scattered faster moving streams and rivers recently, near water mills dotted along the Bure, Tas and Wensum. One pair were building their nest in mid-March, the lovely weather of the season encouraging early breeding activity. They really are most excellent birds; brightly coloured, vibrant, showy, sassy. What more could you ask for? One excellent spot to observe these smart birds is at the Rising Sun pub at Coltishall. On quiet afternoons, after the lunchtime crowd has dispersed, you can watch them foraging for tidbits under the picnic tables alongside the Jackdaws and Woodpigeons. Later in the year they can be seen feeding fledged young on damselflies and other aquatic dainties, trotting over the sun dappled lily pads to catch these succulent morsels for their chicks. I can think of few better ways to spend an afternoon, bathing in the soporific warmth of the summer sun, sipping a cool glass of something cool and (preferably) alcoholic, watching Grey Wagtails flit along the sparkling river. If Kenneth Grahame had ever wanted to pick a spot for a Wind in the Willows sequel, he could have done far worse than to pen his experiences from an afternoon spent there. 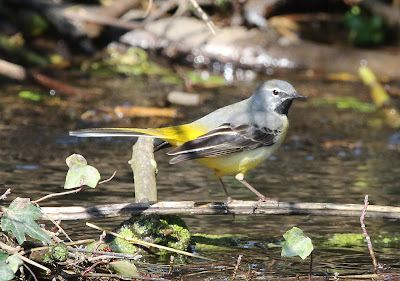 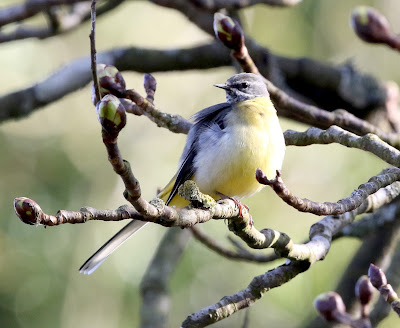 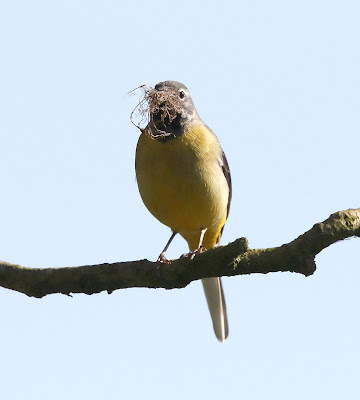 Whilst the aforementioned Strumpshaw Fen is far and away my favorite reserve, second place must go to RSPB Titchwell Marsh which seems to always provide something of great interest. The variety of habitats encountered in such a short walk from the car park to the beach are pretty much unrivalled, probably explaining why so much diverse wildlife can be seen with minimal effort. On a midweek visit early in March an encounter with a hunting Barn Owl raised the pulse. Watching this subtlety patterned vole despatcher slowly glide back and forth low over the meadows close to the footpath was a real privilege. The purple and gold spangling of the bird's upperparts always delights, whilst I always think the innocent expression engenders feelings of empathy: it’s a hard life out there, come on mate catch that vole. After flying up and down for several minutes the bird eventually raised its wings, lowered its talons and dropped to the ground. It had obviously caught something, although it was too distant to see what manner of prey item had been captured. But before the hardworking owl could enjoy its meal, a Kestrel arrived on the scene to steal the spoils. It would appear kleptoparasitism is alive and well in North Norfolk. The miserable owl could only watch, helpless and outmuscled. It took to the air to recommence the hunt. 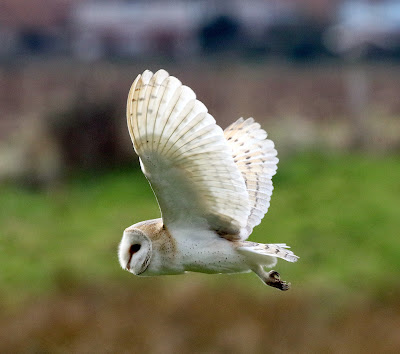 The encounter with the Barn Owl caused pleasure enough, but for a real close brush with nature all you have to do is pop into the shop, buy a tub of mealworms and stand on any of the paths. Before long a Robin will hop onto a convenient branch from where to launch itself towards the wriggling temptations proffered. Titchwell Robins must be the best fed of their kind in the land, but who amongst us can begrudge such cute birds their snack, especially when they allow intimate study of their immaculate form. Such fragile legs, bold, inquisitive eye, bright orange-red breast and perky gait. Anthropomorphism? Yep, so what? 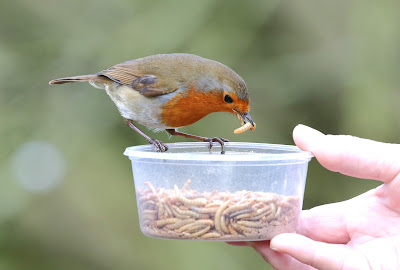 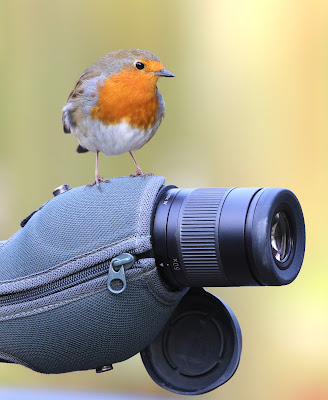 So, we reach month’s end with another attempt at seeing Dartford Warblers at Dunwich. This time with great success. We saw at least six of these Mediterranean colonisers in the course of a couple of hours and managed to watch one female selecting nesting material from the edge of a path. Another gorgeous bird that I guess is pretty much unknown outside birding circles, yet one that drives conservation efforts at these sites for all to enjoy. 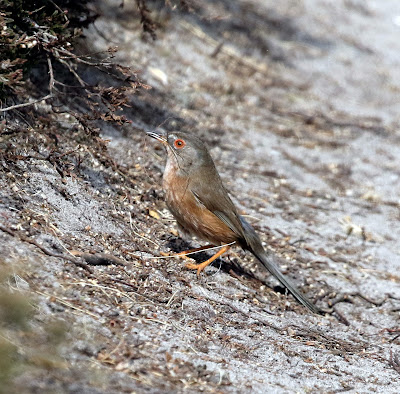 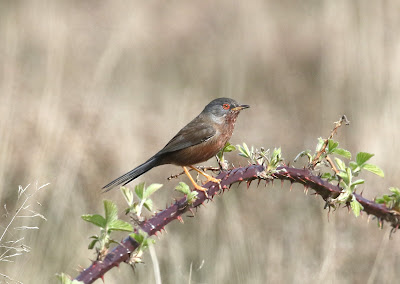 March has been a wonderful month of comparative sunshine and warmth. To see the hedgerows ablaze with the blossom of cherry plum and blackthorn has been a delight. To witness kingfishers courting along pristine, unpolluted waterways has been uplifting. To feel the senses intoxicated with the emergence of so much new life is invigorating. The vibrancy of spring assaults our very being; breathe in long and deep. 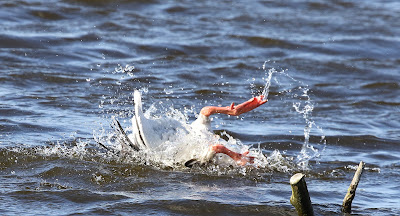 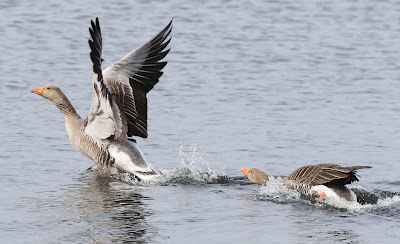