The lazy days of high summer are upon us, when in the world of wild creatures something of a lull occurs. No more frantic breeding activity, food is relatively plentiful and everything can take a bit of a breather. But it doesn’t last. Before long there will be sure signs that summer has given way to early autumn. The first and most obvious change will be the departure of our swifts that seem to leave us so suddenly that it takes us by complete surprise. There have been some reasonable sized gatherings of this enigmatic bird locally; I counted about 30 over my garden wheeling together at dusk a few days ago. These flocks include a fair proportion of juvenile birds but sadly represent only a fraction of the large spiralling flocks that could once be observed here. 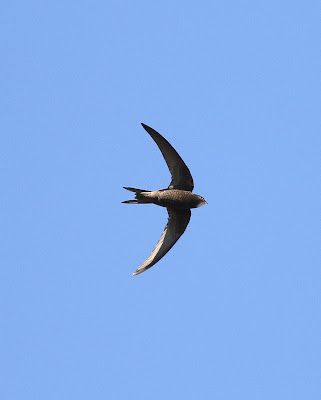 Devil Birds they called them; Screechers, Shriek Owl, Screamers. But to us inhabitants of the 21st century they are just swifts, common swifts at that. I can’t help thinking the old colloquial names sum the bird up much better, although quite why they had an association with the devil is anyone’s guess. Perhaps it is something to do with the way they power through the air in large screaming groups towards dusk, or maybe it has something to do with the mysterious nature of their wanderings. Whatever, they are far from an avian manifestation of all things evil, they are the enigmatic, aerial masters of our sometimes tempestuous , turbulent skies; their arrival a sure sign that the short British summer has arrived, albeit sometimes in name only.


The Latin name of these scythe winged migrants is Apus apus. Apus means footless and it was long believed the birds were indeed missing those essential appendages. The reason for this stems simply from the fact that swifts, as I’m sure you know, never perch or land on the ground. The only time the birds indulge in anything approaching a meeting with terra firma is when they breed, and even then they will only build a simple nest under the eaves of houses or cavities in old buildings. It is thought young birds that are not ready to breed for up to four years from birth may spend all that time on the wing. Imagine how well adapted to flight you would have to be to spend 24 hours of every day zipping around in the sky, even sleeping whilst gliding around at high altitude.


As the summer wains they can be seen sweeping through the air, hurtling at breakneck speed on scimitar wings. Their world is alien to us, their purpose a mystery. We can only watch in awe their effortless twisting and turning through the jumble of rooftops; can only stand and stare at the screaming chases through structures alien to them. They arrive in early May and will soon be gone. As in spring one day the skies are clear, the next enlivened by their energy:  so in late summer one evening their screeching shapes will be charging across our skies; the following morning they have vanished. When they leave we are impoverished by their absence. It can take a little while to realise what is missing from a walk around our streets until you realise these transient spirits of summer have departed, moved south to join the swelling seasonal exodus from our shores.


Of course swifts will not be the only absentees as the season moves along. Next, but less obvious, will be the surreptitious, slower paced southerly movements of other migrant birds; waders, warblers, swallows. To illustrate this point, a few days ago I thought I would try and photograph the local blackbirds that have been taking advantage of the berry laden shrubs in our garden. Sure enough before long a juvenile blackbird appeared to take its fill, followed shortly after by one of the parent birds that began stuffing even more ripe berries into the insatiable youngster. I was happily snapping away when a movement of a smaller bird caught my eye, there surreptitiously hopping through the tangle was a blackcap, perhaps a bird of the year. These warblers are unlikely to have bred locally, so this little gem was in all likelihood beginning its long migratory journey and chose my garden as a handy refuelling stop. 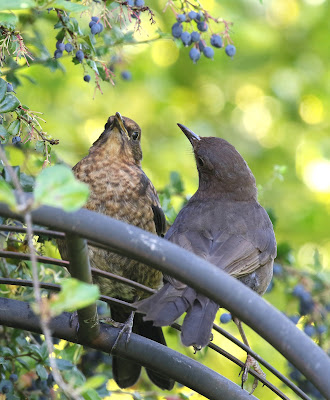 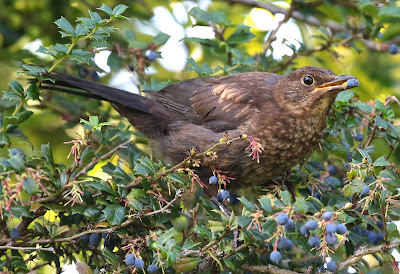 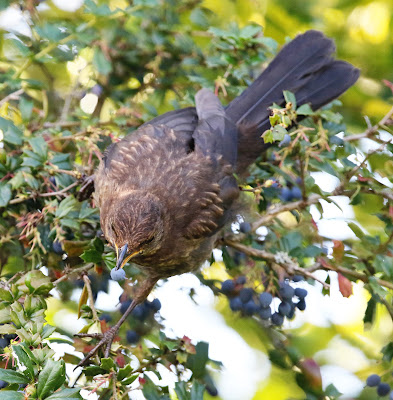 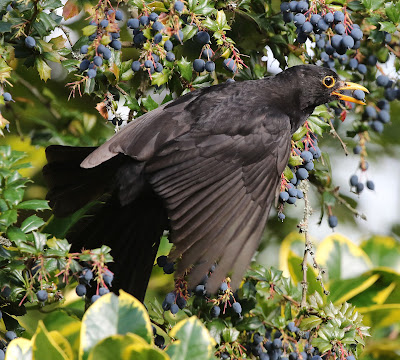 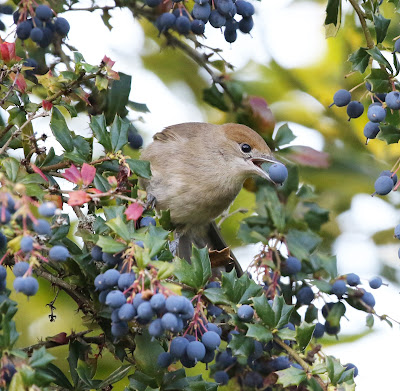 Yes, summer is still holding sway, but the signs are there that it is only temporary . Enjoy it while you can. 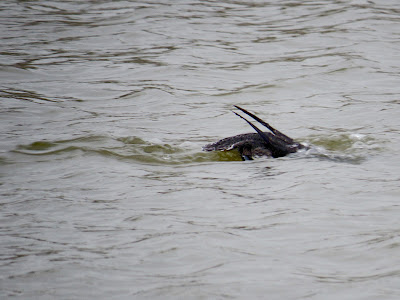 There's Nowt so Queer as Folk

Over the years I’ve been fortunate enough to become involved in much interaction with members of the public on all matters wildlife. Most of these encounters are simple pleasant exchanges of information about the weird and wonderful things they have seen or would like to see, but now and then an amusing incident would occur, not to mention the intriguing and downright bizarre. Let's begin in the early 80s when the RSPB hosted an annual migration hotline for kids, the idea being youngsters could ring up and let us know about the first migrating spring birds they had seen. Great stuff -and it worked. Of course this was well before the advent of mobile phones and the Internet so necessitated a volunteer (me) manning a proper hard wired telephone between 6-8pm whilst all alone in Norwich HQ. It was on one of these lonely vigils that I received a call from a chap who was obviously rather distressed..... 'I've just hit a pheasant' he blurted. Not really knowing how