One thing we are seldom short of in this Norfolk of ours is wind, especially on the North coast in winter where the cold Arctic air is frequently swept into the county unabated across the broiling North Sea. These winds can be cruel, whipping the mud coloured coastal waters into a churning frenzy and causing destruction to all that dares to challenge its might. We had a bit of a blow on last weekend and the results of that are all too evident at Sheringham where the high water line is strewn with the carcasses of myriad starfish, flatfish, shellfish and sponges. It also seems that a number of unusual gulls have been forced to make landfall here, pushed South by the winter gales.


So, this week I've been trying to track these white-winged nomads as they seek a crust on the strand line between Cley and Weybourne. I've been quite fortunate and with the help of Tom a fellow photographer and volunteer at Cley Marshes, latched onto a 2nd winter bird cavorting amongst many other large gulls west of Sheringham lifeboat station on Wednesday afternoon. This bird did not allow close approach, but was easily noticed from quite a distance thanks to its bright off white plumage standing out starkly from its more brown mottled cousins; the herring and lesser black-backs that are more familiar inhabitants of these parts. On Friday I found a different bird simply by persevering with a walk westwards along the shingle - a 1st winter individual that is altogether more creamy brown, lacking the light grey mantle and flight feathers of Wednesday's bird. These gulls are giving local birders the run around with their restlessness. The promenade, usually deserted in mid-winter apart from the odd dog walker, has been populated throughout the week by groups of blokes in camouflage complete with bins/scopes and cameras pacing to and fro waiting for the specialties to show. Patience usually pays off though....or if you're like me simple blind luck.


Pleased with my find, I turned my attention to the high sandy cliffs that tower over this part of the coast where fulmars are busy prospecting narrow ledges for the purposes of nesting later in the year. These tube nosed petrels have become far less common in recent years. Where once a loose colony of up to 200 pairs dotted the cliffs between Weyborne and Overstrand, now only a few pairs attempt to raise their single chick on these fragile, fractured piles of sand. Masters of the air currents it is fascinating to watch these birds ride the updrafts as they joust for prime breeding plots. Their speed, once taken by the prevailing wind, is breath-taking and represents a real challenge for the photographer, but now and again they will stall into the breeze and then the shutter whirls away hoping to capture the essence of this enigmatic ocean wanderer. It's encouraging to know a few pairs cling on to this southern outpost of their breeding range. Let us hope their efforts bear fruit. 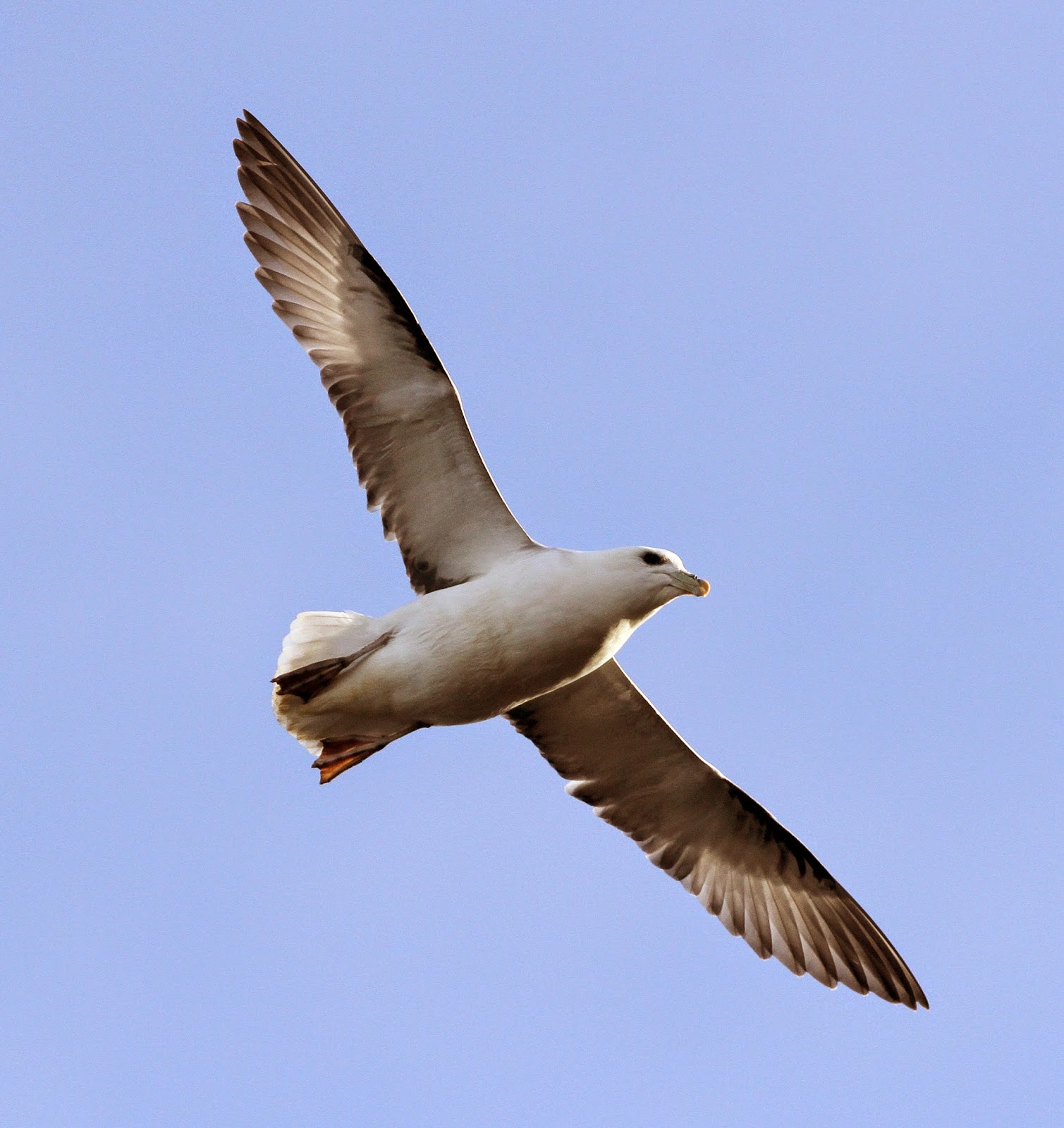 Literally more down to earth, the aptly named turnstones are amongst my favourite birds and become extremely confiding as winter progresses. Not adverse to tucking into chips and other tidbits proffered by passing humans, their confiding nature make them an endearing subject. They really do turn stones. If you watch them on the shingle beach they employ their upturned beak with gusto as they toss aside the pebbles in search of lice, flies and any other edible morsel. The antics of half a dozen of these smartly pied waders make an audible sound as they march their way across the beach. And they always pose for photographs which in my book makes them star birds. Quite a healthy population spends the winter foraging around the seafront here, and I noticed that they follow the gulls. As soon as the black-headed gulls scream loud and launch themselves towards a source of unhealthy hand-outs, the turnstones pipe loud and whirl off in the same direction. Turnstones will always thrive with their opportunistic personalities.


I tried my own hand at hand-outs and was taken aback by the boldness of the black-headed gulls, especially the younger birds that had no fear, pinching the chips from my fingers before I'd had a chance to stuff them down my own throat. I ended up having these agile creatures hovering inches from my face robbing me of my lunch. Guess it's good for the diet.