Introduction
The keen eyed amongst you may have noticed the logo that appeared on the front page of this blog site a few weeks ago. Maybe you wondered what on earth it means. Settle down for a few minutes and let me explain.
We all know wildlife in Norfolk, the wider UK and across the world is under extreme threat, suffering dramatic declines in species numbers and abundance. There are many reasons for this, but take a look around the outskirts of Norwich, indeed any city, town or village in the country, and it will become all too clear how we are destroying our wild spaces like never before. Surely the only hope for the future is through education? Instilling in the coming generations the value of preserving our natural world and to somehow reverse this repulsive trend of complete ignorance and lack of care. As you know if you read this blog, I’m an active conservation volunteer and one of the most pleasing aspects of that work is being able to open the eyes and ears of young people to the wonders of nature and connecting them to the natural world. It brings such meaning to their lives as well as significant long term physical, mental and emotional benefits. It is with this in mind that WingSearch2020 has been born. 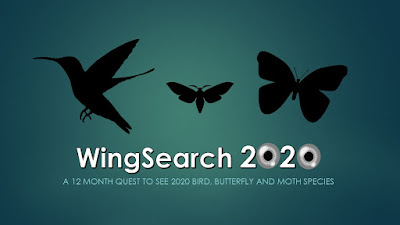 The Germ of an Idea
It was whilst researching the best way to see those bee-eaters still missing from my world list that it struck me; I should really try and give something back. It’s all fine and dandy for me to jet off to far flung places to tick beautiful birds, but then I’m lucky enough to be able to do so. Many aren’t. I have no guilt about carbon footprint; that plane will fly whether I’m on it or not. And I’ve seen the benefits of eco-tourism at first hand. Employing a local guide to escort us to a group of mountain gorillas in Rwanda for the princely day rate of $20 was lucrative enough to stop him from poaching the very animals he now protects. He, his family, his village, and most of all the gorillas benefit from us rich western folk providing a regular income. 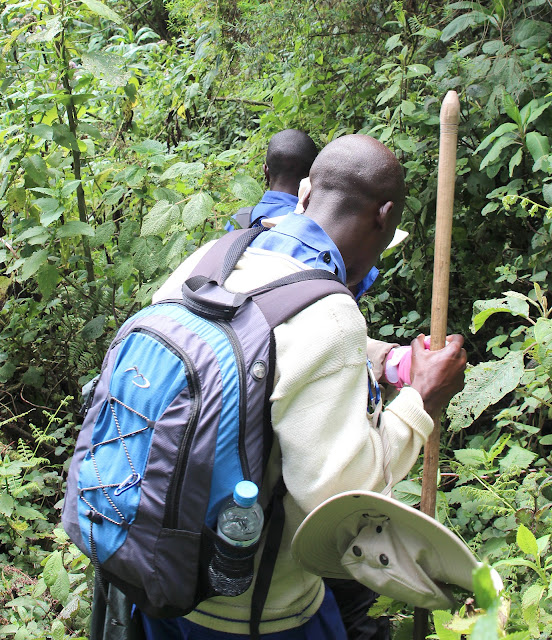 And I will never forget the story told to us by a young man of that country who had survived the genocide. We effectively helped give him a livelihood when in a previous time he was in despair and grieving. I have many other examples, in fact wherever I go it’s obvious that without our dollars local employment rates and standards of living would be a lot worse. Not to mention the devastation that would be wrought on wild creatures and their environment. No, I have no issues at all with my travel, because the people we visit have no issues with it either, in fact their very survival can depend on it. 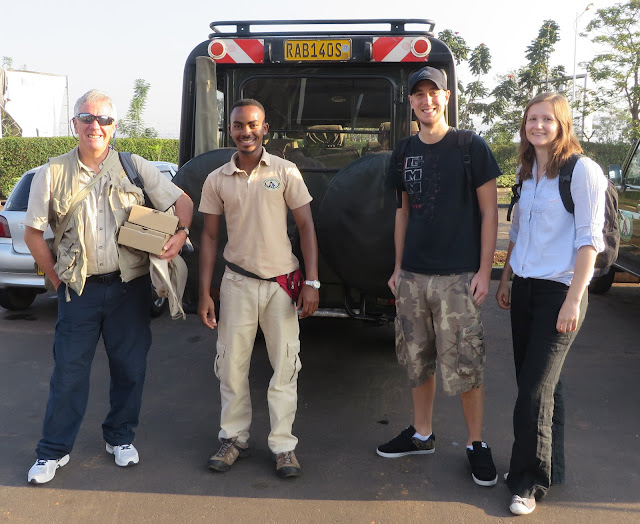 Well then, having no nagging conscience, I’ve been free to plan. Strangely it was a letter I received from the Nationwide Building Society that proved to be the catalyst. They politely informed me that the interest rate of next to zero they were applying to my savings was dropping even lower. I closed my account. Why the hell am I saving anyway? For my old age? I’m bloody well there already! So, I’ve determined to spend it and damn the consequences. Always wanted to go to Trinidad, Asa Wright Lodge, since Bill Oddie featured it on one his ‘Birding with Bill Oddie’ programmes. And then right next door is Panama which happens to have harpy eagles secreted within its forests, a bucket list bird. By chance Naturetrek, a 1st class nature holiday company was running trips to those locations almost back to back. I booked them both. The madness had begun.


Why WingSearch2020?
Arranging to go to exotic locations aside, I needed a theme; something to weave around this vague notion of purpose. Lo and behold I hit upon the idea of seeing 2,020 species of bird, butterfly and moth during the 12 months commencing 1st April 2020. I think it works well, 2,020 species by employing 20/20 vision (if not me then our excellent guides who always have eyes of a hawk) all during the year 2020, or at least 9 months of it. It sounds good I think, difficult but just about possible. A real, no doubts about it, challenge.


And then a name. Initially I was going to call it BirdBlitz but several friends pointed out it sounded more like I was going to blast the creatures from their perches rather than just record them. Hmmm what then? Birdquest – already taken. BirdTick – sounds like a parasite. Winging It? In a Flap? Too flippant. Cutting a long story short it took a day but I finally settled on WingSearch2020 – it kind of sums up exactly what will happen; we will search for 2,020 winged creatures. I say we because I don’t plan to do this alone – I want lots of others to be involved.


Most of the time searching for the winged ones will be spent in dear ol’ Norfolk and around the UK, but it’s not really possible to do this solely on home turf, there just aren’t enough species. Foreign travel will be necessary. Even so it represents a considerable task. It will mean early starts, long days, hard searching. But hopefully a lot of fun too.

WingSearch2020 is totally self-funded and I aim to raise £15,000 for Norfolk based conservation charities. All money raised will be directly used on educational projects that promote access to nature and sustainable conservation. Fund raising will form two streams. Firstly, there will be a crowdfunding campaign whereby I hope to engage people in supporting the cause and become part of the adventure either by direct participation in events or by being able to link to regular bulletins - blogs, articles in various publications and social media. The second stream will be by undertaking a number of specific events, such as long-distance walks, a bike-a-thon, nature walks, talks, moth trapping. There will be more.


I hope you will visit my website www.wingsearch2020.com which explains the project in more detail. I’ve also set up a Facebook page similarly called wingsearch2020 which I very much hope you will visit and ‘like’. There’s also a Twitter feed https://twitter.com/BarryMadden12 and an Instagram account https://www.instagram.com/wingsearch2020/ where you can follow me. I plan to blog a lot, on the website and possibly here, will produce articles for other outlets to update people of progress throughout the duration. Upcoming events that you will be most welcome to take part in, or contribute to, will be advertised in all the above locations. And rest assured there will be lots of pics of the wildlife we encounter.


I very much hope fellow bloggers will jump onboard and donate a little towards the target, Would it be worth your while if I included your link on the website, or maybe advertised your business?


As always thanks for your support.  It promises to be a busy year folks, grab hold of my coat tails it’s going to be one heck of a ride.